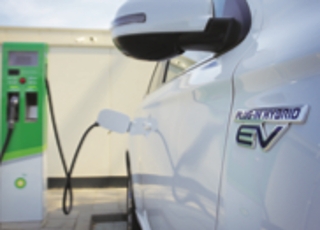 According to Go Ultra Low, in the period between January and the end of June, 14,586 vehicles eligible for the government’s Plug-in Car Grant were registered in the UK – equivalent to one every 18 minutes.

SMMT data shows the product mix has changed dramatically in that time. In the first six months of 2014, 37.5% of ULEV registrations (1,538 units) were plug-in hybrids or range-extended electric vehicles. This year, that group of vehicles accounted for 67.1% of ULEV registrations (9,541 units) – a 520% increase, compared to the 83.0% increase for pure electric vehicles, which totalled 4,681 units.

Transport Minister Andrew Jones commented: “Soaring demand across the UK shows that more and more people view ultra-low emission vehicles as the right choice for them. The Government is investing £500m over the next five years to help position Britain as a world leader in the technology, supporting skilled jobs and driving economic growth.”

Hetal Shah, head of Go Ultra Low, added: “Being just six months in to 2015 and having already exceeded last year’s total plug-in car registrations is testament to consumer confidence in this capable and cost-effective technology. The year-on-year rises give us great confidence in the future of electric cars as we move towards an ultra low emission future.”