The Government is being urged to rethink plans to cut grant funding for plug-in hybrids from next month as the move starts to take its toll on fleet industry plans to switch to ULEVs. 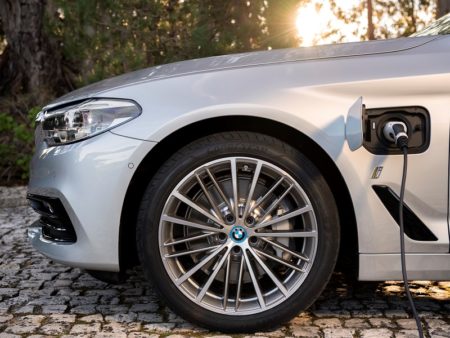 Meridian already has PHEVs including the 530e on offer

Announced last week, the new strategy means that plug-in hybrids will cease to be eligible for the UK’s Plug-in Car Grant (PICG) on 9 November, under a reformed system focused on increasing uptake of electric and hydrogen fuel cell vehicles. Yet in this summer’s long-awaited Road to Zero Strategy, the Government outlined how most new cars will be ultra low emission vehicles by 2030 with no current plans to ban hybrids – showing how such cars play a vital role in the move to cleaner road transport.

And while the new PICG system is said to be “focusing its attention to zero-emission models”, it reduces incentives across the board, with the grant for Battery Electric Vehicles (BEVs) significantly reduced.

The decision on the Plug-in Car Grants has already earned widespread criticism from across the fleet industry, including from ACFO chairman John Pryor who said it was “quite frankly bonkers”.

He added: “Demand for plug-in vehicles is already extremely limited and the decision to reduce the amount of financial support available through the Plug-in Car Grant is likely to reduce demand still further.

“Whole-life costs for plug-in vehicles will, ACFO believes, increase as a result of cuts to the financial support available. At a time when the government is desperately trying to encourage the take-up of plug-in vehicles to achieve its environmental objectives, it is a decision that is difficult to understand.”

Now, Meridian Vehicle Solutions has said it’s shelving its plans to switch to ULEVs in a move likely being considered by other fleets.

The medium-term rental specialist announced earlier this year that it was expanding its fleet to cover hybrids and electric vehicles in line with changing customer appetites.

The company already has a number of plug-ins on order including the Mini Countryman PHEV, BMW 530e, BMW 225xe and Kia Niro that will still attract the grant – but says that future additions are looking very unlikely in the current circumstances.

Phil Jerome, managing director, explained that because Meridian works on a medium-term hire model, the move will hit it harder than most other fleets and would potentially add hundreds of pounds per month to the price of any non-grant plug-in that it offered – meaning that the “maths no longer stacks up”.

He said: “It leaves us in a very odd and frustrating position, where we are able to supply the current plug-ins that we have on order to fleets that want them – but then will probably have to step back from the plug-in market unless manufacturers cut prices.”

Jerome said that the government move added to a general feeling of instability around current fleet planning – in particular due to the grant changes taking effect in just a few weeks, giving fleets almost no chance to plan ahead.

“With WLTP, company car tax and the cut in grants – all occurring against the backdrop of Brexit – it is difficult not to feel that the Government is intent on making life as difficult as possible for fleets at the moment.

“What we need – what we crave – is a level of stability that will allow us to plan better for the immediate and longer term future. Ideally, although I suspect the chances of this happening are very low, we’d like to see the grants decision reversed at the Budget.”

Other prominent industry figures have also questioned the thinking behind the Plug-in Car Grant decision. Tim Porter, managing director for Lex Autolease, said: “For the Government’s Road to Zero targets to be achievable, we need to see almost a 23-fold increase in Ultra Low Emission Vehicle uptake, and incentives like the Plug-In Car Grant are key to making this possible.

“While the grant for Zero Emission Vehicles will continue – albeit with smaller contributions available for drivers – the 2030 target relates to both Ultra Low and Zero Emission Vehicles. This means there is still a role for plug-in hybrids to play which is key, given there are also still relatively few zero emission vehicles on the market.”

Matt Dale, head of consultancy at ALD Automotive, also highlighted the ramifications for PHEVs, saying: “With the removal of the PICG for this category of vehicle, and very little incentive on BiK, they may no longer be seen as an attractive option for many company car drivers and the strategy will ultimately fail in its endeavour to encourage their uptake.

“While prices for BEVs are coming down, manufacturers are left with no time to act in order to counter the loss of the PICG.  It certainly leaves drivers and fleets very little time to do anything, including rush to place orders before 9 November.”