Government must up the ante on transport emissions to meet net zero, say eco advisers

The UK Government’s legal commitment to net-zero emissions by 2050 must be backed by solid action on climate change – including on transport emissions and phasing out petrol and diesel cars sooner. 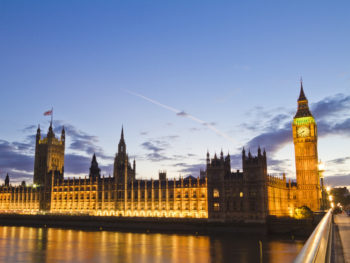 The report says that UK action to curb greenhouse gas emissions is lagging far behind what is needed, even to meet previous, less stringent, emissions targets

That’s the verdict of a new 2019 Progress Report to Parliament from the Committee on Climate Change (CCC) – the Government’s eco advisers – on reducing UK emissions.

The report says that UK action to curb greenhouse gas emissions is lagging far behind what is needed, even to meet previous, less stringent, emissions targets. Over the past year, the Government has delivered just 1 of 25 critical policies needed to get emissions reductions back on track, its new report shows.

Meanwhile, action to prepare our homes, businesses and natural environment for a warming world is less ambitious than it was ten years ago. Of 33 key sectors assessed by the Committee in a second, related report published today, none show good progress when it comes to managing climate change risk.

The report says reaching net-zero emissions requires an annual rate of emissions reduction (15 MtCO2e per year, 3% of 2018 emissions) that is 50% higher than under the UKs previous 2050 target and 30% higher than achieved on average since 1990. This is an indication of how substantial the step up in action must be to cut emissions in every sector. It is especially acute for those sectors such as transport, buildings and agriculture where emissions have not fallen significantly over recent years.

Looking at surface transport – the largest-emitting sector in the UK, accounting for 23% of UK emissions – the report says that necessary progress has not been made on standards for new car and van CO2 emissions nor on strengthening incentives to purchase cleaner vehicles. Although the Road to Zero strategy was published last year, it was insufficiently clear about what cars and vans would be permitted to be sold after conventional cars and vans are phased out.

The CCC also says the phase-out date of 2040 is too late to ensure that the fleet is fully switched over to zero-emission vehicles by 2050 and fails to grasp the opportunity of electric vehicles that are expected to be cheaper to buy, cheaper to run and less polluting from before 2030.

This reiterates calls made by the CCC months ago for the petrol and diesel car ban to be brought forwards to 2030, a call echoed by transport and environmental specialists the day after the net-zero target was announced.

As such, the new CCC report sets out a number of priorities for the coming year:

Commenting on the report, Darren Shirley, chief executive of Campaign for Better Transport, said: “As the Committee’s report makes clear, the Government’s target of zero emissions will be meaningless unless it is matched by urgent and bold action. For transport, that means transformative investment in a charging network for electric cars, bringing forward the end date for polluting petrol and diesel engines to 2030, a rolling programme of rail electrification and a national strategy for buses that makes Britain a leader in low carbon public transport.”

Previous: Changing habits: The promise of flexible mobility for businesses
Next: New Sunderland facility set to make thousands of batteries