The GMB union has called for a naming and shaming regime and stronger penalties where people are killed or seriously injured at work – including introducing RIDDOR (reporting of injuries, diseases and dangerous occurrences regulations) or similar regulations for driving at work incidents. 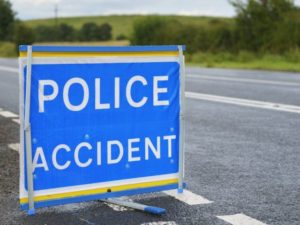 GMB has called for the introduction of RIDDOR (reporting of injuries, diseases and dangerous occurrences regulations) or similar regulations for driving at work incidents.

Although Health and Safety Executive (HSE) reportable workplace deaths last year totalled 144, the latest report by the Hazards Campaign says the fatality statistics are only the tip of the iceberg.

This includes road traffic accidents; it’s estimated that between one quarter and one third of reported road casualties occur in road accidents involving someone who was driving, riding or otherwise using the road for work purposes.

Factor in other deaths, including workplace suicides, deaths at sea, in the air and on railways, and include members of the public who were killed because of workplace negligence, this totals to around 1,500 people who are killed every year, according to GMB, while a further 50,000 deaths caused by work-related illnesses such as cancers, lung and heart diseases.

In response, the union is pledging to step up the campaign for changes to health and safety legislation to include a charge of ‘Corporate Murder’ and work with organisations such as Families Against Corporate Killing (FACK) to make sure families of those killed by employers’ negligence get financial compensation as well as justice for the needless deaths of their loved ones.

GMB’s health and safety director Dan Shears continued: “There’s no clear way of identifying how many people are killed in work-related road accidents, whether driving themselves, as passengers or as members of the public. Making all such incidents reportable, under RIDDOR regulations or a new requirement, is a long overdue first step.

“The HSE have a number of initiatives in development to try to tackle work-related road risk, but what is really needed for the Government to put the resources back into HSE to allow them to properly inspect employers, investigate accidents jointly with the police, and take enforcement action where needed.

“We know that the Transport Select Committee is currently investigating road safety, but there is no point in responsibility being transferred to HSE without an enormous boost in inspector numbers.

“Anything less will simply overburden a stretched regulator to breaking point, and it is long past time that the Government recognised the severity of the situation and gave the HSE the funding and resources it deserves.”