Geotab is making its GO9 telematics device available in Europe to complement its existing range of tracking solutions for fleets. 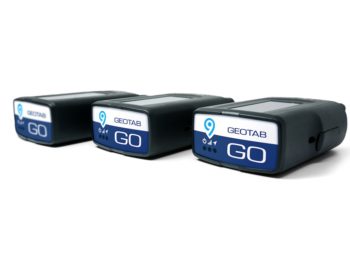 Designed to enable businesses to generate more value from their fleet data, the GO9 builds on the previous GO8 with better acceleration tracking, a more accurate GPS, improved vehicle-generated data handling and support for new vehicle types including electric vehicles.

The device also brings more code space, more memory and a more powerful processor, enabling fleets to continually improve how they work with data by allowing for the addition of new features such as fuel reports and the introduction of add-ins for years to come.

It also features improved over-the-air updates while its cryptographic module is FIPS 140-2 validated, described by the company as the benchmark for cryptographic modules protecting sensitive information in computer and telecommunication systems for the US and Canadian Governments and military use.

The latest version of the device, which retains its compact size and ability to self-configure, has already been rolled out in North America and is being introduced to Europe in line with Geotab plans to boost its global expansion.

“With new capabilities, the GO9 device offers a new level of possibilities for fleet managers,” commented Edward Kulperger, vice president of Geotab, Europe. “With this device, fleets and mobility providers across Europe will have the opportunity to not only add rich new features to their fleet management systems, but drive the adoption of electric vehicles and promote efficiency on a larger scale.

“The GO9 is already in the field in North America, connecting various vehicle types including electric vehicles to make some of the world’s largest fleets more manageable and more productive” continued Kulperger. “We’re excited to see how our customers find a new way to use this technology in Europe.”