G3 Remarketing has marked a significant milestone for its appraisal app with an update of the inspection methods. 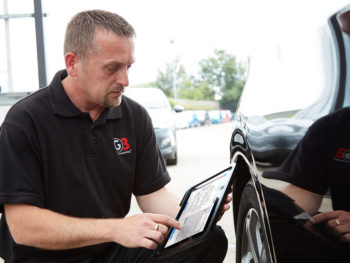 .  The work has seen the inspection team liaise closely with a national SMART repair company to verify the damage estimates used in the system with an accuracy of 96% again current market costs.

G3 also consulted with vendors to get a truer picture of the issues they experience when it comes to vehicle conditions and how they use the appraisal reports. The main request from finance houses was for further images of damage to use as evidence for discussions with their customers.

As a result, AVID has now doubled the number of triggers in the system for inspectors to record HD images or videos. After reviewing the criteria, G3 have now introduced over 500 damage trigger points on vehicles, ensuring inspectors take images, which now become part of the pre-sale appraisal report generated for vendors.

As well as bringing benefits for vendors, it will also help dealers who will be able to assess the highlighted damage images anywhere and anytime, and bid online with confidence.