Fleet and lease LCV values at BCA continued to rise in April, reaching record levels for the second month running, as buyers competed both in-lane and online. 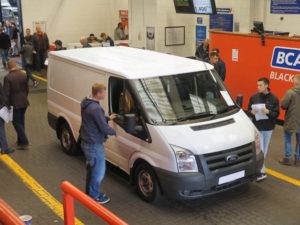 As in previous months, much of the uplift for April average LCV values was driven by the corporate sector

Data for last month shows the 2018 Easter break had a minimal impact on trading levels and post-Easter values rose, where they have typically fallen in previous years. Values improved by 2.3% (£195) to reach £8,486. Retained value against MRP (Manufacturer Recommended Price) also increased, rising by one point to 40.5%.

Average LCV values also continued to climb to record levels for the third month running, rising by 1.4% (£108) to reach £7,572. Year-on-year, values are up by 17.7% (£1,141), one of the biggest percentage uplifts ever recorded by BCA’s Pulse report. Both mileage and age continued to fall compared to a year ago.