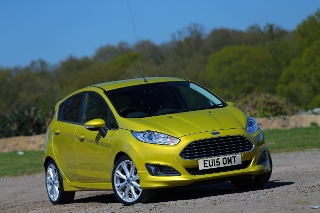 Year to date, the fleet sector has accounted for 50.1% of all registrations – up 12.3% against a market up 6.5% to reach 1,555,309 units. The SMMT is predicting a stable second half of the year, following 41 consecutive months of sales growth, attributed to market confidence and low interest rates.

There’s also evidence that demand for diesels is slowing. Petrol registrations climbed 10.4% year-on-year to 86,434 units in July, while year-to-date petrol volume totals 759,788 units – 6,514 more than the total diesel registrations. In the first seven months of 2014, the 734,195 diesel registrations outstripped petrols by 34,849 units.

This is likely to be, in part, due to the growing trend towards vehicle downsizing. SMMT figures show a 22.8% increase in the Supermini sector compared to the first seven months of 2005, and with more efficient petrol engines and more expensive diesel engines, the latter is making less financial sense in small cars.

Registrations of alternative fuel vehicles – mostly hybrid and electric models – climbed 31.0% year on year to 4,314 units in July. Year-to-date registrations recorded a 58.6% increase on 2014, to 42,247 units or 2.7% of the market, compared to 1.8% last year. By volume, the UK was Europe’s second-largest market for electric and plug-in hybrid models for the first six months of this year.