Stephen Haddrill has been appointed as director general of the Finance & Leasing Association (FLA), taking up the role on 1 December 2019. 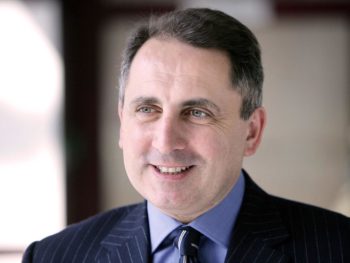 Having held numerous senior industry positions, including chief executive officer of the Financial Reporting Council and director general of the Association of British Insurers, as well as an extensive Whitehall career, Stephen brings a vast and varied experience to the role.

Commenting on the appointment, Richard Jones, chairman of the FLA and managing director of Motor Finance & Leasing at Lloyds Banking Group, said: “Stephen has worked at the very highest level across a number of different industries. His breadth of experience is exceptional, and I look forward to working with him as he leads the FLA on its next chapter, supporting its members by progressing and championing the long-term prosperity of our markets and the customers that we serve.”

Stephen Haddrill said: “I am delighted to be joining the FLA and to have the chance to play a leading role in helping a key sector to underpin business investment and meet the expectations of retail customers in a fast moving economic and technological environment.”

Fiona Hoyle, head of consumer and mortgage finance at the FLA, will continue as interim director general until Stephen takes up his new post.

Previous: London’s ULEZ makes more than £30m for TfL since April
Next: Selsia introduces smart surveys into its cloud services