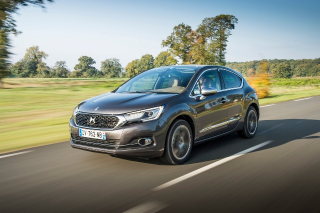 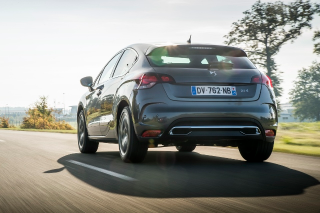 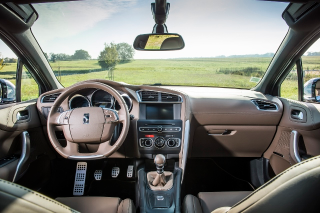 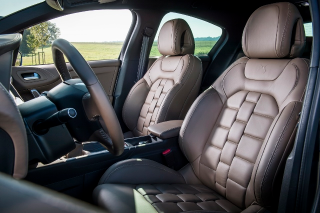 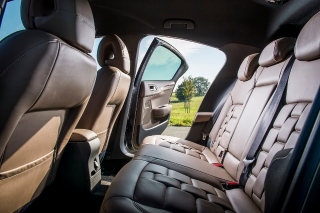 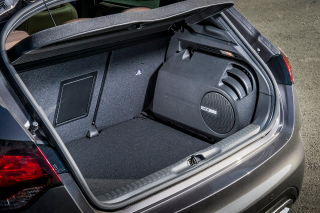 History suggests DS might have a journey ahead of it muscling in on the premium brands. And, of its three-car model range, the DS 4 probably has the furthest to travel.

Mostly because of a lack of identity. While the DS 3 and 5 are clearly defined, the DS 4’s unusual crossover-coupe-hatchback blend is an odd fit against traditional German hatchbacks. Close visual links to the Citroën C4, marketed as a value-led car, can’t have helped either.

But there are no double chevron badges here, and DS is making better use of its mid-sized offering while bespoke new products are under development. So the updated DS 4 has become a two-car range, one dropped 25mm in ride height to become a premium hatchback, and the other raised 5mm with roofbars and body cladding to define it as a semi-crossover.

It’s the former which DS sees as the conquest opportunity in the UK, expected to account for two thirds of volume with a much higher mix of the top Prestige trim and 150bhp 2.0-litre diesel, instead of the 1.6-litre BlueHDI 120 which has been the most popular engine to date.

Ride height makes a big difference, the DS 4 looks far more muscular without the huge arch gaps. DS also has its own steering and suspension setup, and there’s been a noticeable attempt to offer the weight of controls and stiffness in ride that the German hatches provide.

But it doesn’t quite marry up. The steering is too sensitive around dead centre at high speeds, yet also over-weighted and slow around town. Ride quality is rough on large wheels, but that’s never been a deal-breaker in this segment, and there’s a lot of wind noise on the motorway.

The Crossback is a little softer, but also £1,500 more expensive than the equivalent Prestige hatch, which costs £1,000 more than the entry-level Elegance trim. However, it doesn’t roll as much as it looks like it would and the body cladding stops the huge arch gap looking so incongruous. Both get the semi off-road traction control system as used on the Peugeot 3008.

We tested the DS 4 with two engines – the 210bhp 1.6-litre turbocharged petrol and 180bhp 2.0-litre diesel with DS’s new automatic gearbox. The latter bodes well for the 150bhp version DS has high hopes for – it’s very quiet unless pushed and CO2 emissions aren’t far off the BlueHDI 120.

It still shares too much with the C4, though. The cabin’s satin silver accents and optional soft leather are at least as high quality as rivals, but it otherwise feels a lot like the Citroën’s. Rear seat headroom is good, but visibility is poor, the windows don’t open and the unusual door frame shape can whack unsuspecting passengers in the chest.

The real sticking point is desirability. Premium brands sell on aspirational values, and the DS 4 isn’t quite there yet. There are promising signs – DS 3 and 5 among them – and a better range structure should help, but this still has some catching up to do.

The start of a long journey for the DS 4. Premium in places, but starting to show its age against a segment full of newer, clearly defined premium hatches.