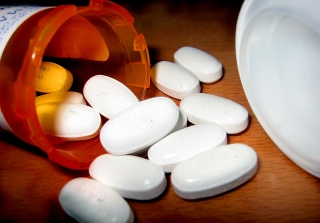 Under the new legislation, motorists who get behind the wheel after taking illegal drugs face a criminal record, loss of their licence for at least a year and a fine of up to £5000.

The legislation makes it illegal to drive with certain drugs – both illegal and prescription – in the body above specified levels. People using prescription drugs within recommended amounts will not be penalised.

Responding to these changes, Matthew Walters, head of consultancy services, LeasePlan UK, said: "With the new drug-drive laws now in force, it is vital that individuals ensure that they are fully informed about the new legislation before getting behind the wheel.

“For some of the substances such as cannabis, heroin and cocaine, it is obvious that these should be legislated against, and a tougher approach is rightly now being adopted. However, there are now nine prescription drugs where further clarification and a seemingly ‘harder-line’ is being taken. There is now a clear statement on the legal limit of these substances per litre of blood based on a µg measurement.  These include anti-depressants such as tamezepan as well as morphine based painkillers and methodone.

“Many drivers will be unclear on the quantity of these legal drugs that you can take and still be okay to drive and whilst the situation for people who use prescription drugs has not radically changed, the onus is on the individual to assure themselves that their driving ability is not impaired and they may now be required to prove this at the roadside.

“Drugs, whether legal or prescription, can impair a driver's ability to drive safely. It is therefore essential that employers have the correct policies, education and testing in place to help drivers understand the consequences of drug driving.”