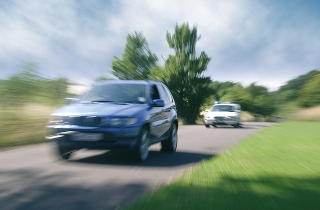 According to the latest ONS data, the number of vehicles stolen has fallen by 70% in the last 10 years across England and Wales, with vehicle theft at its lowest since 1968.

However, according to TRACKER, major cities such as London, Birmingham, Manchester and the West and South of Yorkshire are still encountering a significant challenge in tackling vehicle theft.

As a result, the stolen vehicle recovery specialist says the ONS figures are skewing public perception of vehicle crime at a time when vigilance and security are ever more crucial.

Andy Barrs, police liaison officer for TRACKER, said: “The Mayor of London’s Police and Crime Plan, outlines a focus on vehicle theft as a key priority, with sizable increases happening in key London boroughs, such as Westminster (59%), Islington (35%) and Camden (31%).

“It could well be that the London vehicle theft rate is being overlooked by the industry because the Home Office no longer break down individual categories of vehicle, for example theft of and theft from motor vehicle, preferring instead to measure them under the all-encompassing banner of ‘vehicle crime.’ Nonetheless, the Home Office public facing crime comparator website clearly indicates that large Metropolitan forces are still struggling to stem the rising trend in vehicle theft, thereby indicating a clear disparity between the picture painted by the Home Office and the reality in London and the UK’s larger cities.”

Barrs added that TRACKER supports calls by the automotive industry to local authorities to collect more detailed data about how vehicles are being stolen, recognising the need for a nationwide understanding of the types of theft being conducted across the country.

“Although the ONS figures paint an overall rosy picture, it’s clear that on the ground, police are still fighting the war against vehicle crime. Criminals are quick to adapt to new technology by finding weaknesses in security systems or indeed, stealing vehicles using the keys stolen from the owner’s home or in some instances, assaulting the owner on the driveway. Now is the time to lead an even more focused march against the criminals by improving security and tracking technology and working together to close the net on thieves.”

Previous: One in four high-mileage drivers sceptical of benefits of speed cameras
Next: Cheshire East Council to see major savings after deploying EVs on fleet