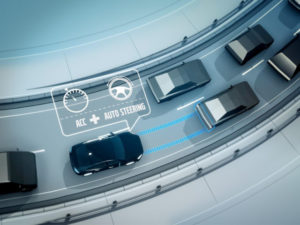 Manufacturers including Volvo are increasingly focused on autonomous technology.

The global automotive survey from Deloitte finds the proportion of drivers interested in fully autonomous technology has increased slightly, from 29% in 2014 to 32% today, and is higher than other European markets, but remains low overall.

According to the research, safety capabilities are a top concern while convenience is least important. In particular, drivers want to see vehicle technologies that recognise objects on the road and avoid collisions, inform or block the driver of dangerous driving situations and take steps in medical emergencies or accidents.

The research also found higher interest among British drivers for advanced automation technology in vehicles, such as adaptive cruise control or lane centering technology. 59% of people would like these technologies in their vehicle, up from 51% in 2014.

However, they increasingly expect such technology as standard and are less willing to pay an excess for its inclusion.  On average, consumers say they are willing to pay £375 for advanced automation technologies, down from £677 in Deloitte’s 2014 survey.

The survey also found nearly two-thirds of respondents (63%) have concerns over car hacking for connected vehicles. This is backed up by a new study carried out by Satrak Plant Security, which finds at least 59% of the public believe vehicle hacking will soon be a problem for connected vehicles, with 15% saying they were “very worried” about the issue.

Yet the Deloitte research found 68% of respondents would readily share their personal information with car makers if they received significant benefits in return.