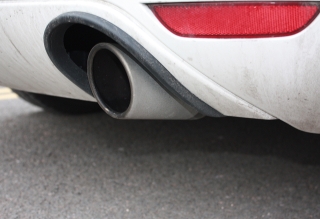 The SMMT campaign, launched last week, is intended to increase consumer awareness of modern diesel engines and follows what the SMMT said was 'widespread confusion' about diesel technology, including a lack of awareness over the new Euro 6 standard, which sets new limits for harmful exhaust emissions.

In response, Emissions Analytics, a provider of real-world emissions measurement, said its research shows Euro 5 standard diesels and earlier are indeed ‘dirty’ as they produce high levels of NOx.

And although the legal limit for NOx emissions was drastically reduced with the introduction of the Euro 6 standard for passenger cars, effective from September 2014, Emissions Analytics tested a number of the earliest Euro 6 diesels on the market and found that they produced levels of NOx which were seven times above the legislated limits.

However, it added that its latest tests show that many newer Euro 6 diesels are showing marked improvements, with NOx levels averaging 2.5 times above the legislated limit. In addition, great strides have been made to clean up new buses and the NOx emissions are now very low from many of these vehicles.

And the company said that another concern with diesels is the emissions of particulates which are linked to heart and lung disease.  However, this issue was addressed with the Euro 5 standard which saw the addition of diesel particulate filters to the exhaust system, which has significantly reduced this problem.

It said: “This can only be to the benefit of urban air quality and thus we agree with the SMMT in that a simplistic ‘demonisation’ of new diesels is not correct. In fact, careful attention needs to be paid to other technologies creating emissions increases, such as direct injection gasoline engines.

“Nevertheless, there are issues with diesels that are not captured by the regulations, for example the proportion of NOx that is emitted as NO2, the more harmful component. Our research shows that this proportion can be as high as 90% in urban driving, much higher than generally acknowledged.”