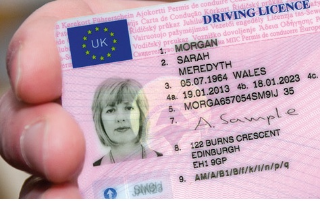 The Institute of Advanced Motorists (IAM) says a Freedom of Information request to the DVLA has found that three drivers with more than 40 points on their driving licences are still allowed on the road, the worst of which actually has 51 points. The enquiry also found that 13 people in Britain currently have 28 or more points on their driving licence, the worst of those amassing 51 points.

The IAM added that while the DVLA does not hold details as to whether all of those individuals were still on the road, it did state that individual courts have the powers to choose not to disqualify a driver.

In its reply to the IAM’s request, the DVLA said: “In a small percentage of cases where the driver has accumulated 12 or more penalty points, the agency understands that a court can exercise its discretion and not disqualify the driver.

“In the majority of these cases, magistrates may have decided to allow drivers to retain their entitlement to drive where it is considered that disqualification would cause exceptional hardship,” it added.

The DVLA also says their evidence suggests 90% of drivers not disqualified are due to ‘judicial discretion’. Sarah Sillars, IAM chief executive officer, said: “The IAM has been highlighting this issue for several years now and we appreciate that the flow of information between the DVLA and the courts is slowly improving, which will allow the courts to make better decisions while armed with the full facts. “However these improvements cannot come quickly enough to deliver a truly joined-up approach to the judicial process. Individual courts making decision on prosecutions can lead to inconsistency in how the law is applied which risks devaluing the simple ‘12 points and you’re out’ road safety message. If the public sees that persistent offenders are getting away with it, they may believe that road traffic rules – which let not us not forget, are designed for their safety – are ineffective or unimportant.”