A pilot scheme to clamp down on mobile phone use at the wheel through the use of “community spotters” could help drive change but needs to be carefully managed. 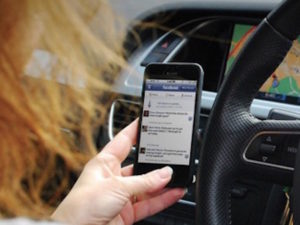 So says the RAC following the National Police Chiefs’ Council (NPCC) announcement earlier this week that the trial is being carried out to target repeat offenders as part of a week-long crackdown on drivers using mobile phones.

Other methods being used in this week’s campaign included dedicated patrols by officers using unmarked vans, helmet cams, high-seated vehicles and high vantage points to catch offenders and the use of social media to warn drivers about the dangers of using mobile phones.

Commenting on the community spotters scheme, RAC road safety spokesman Pete Williams said: “While this is an unusual initiative, desperate times call for desperate measures. We know the use of handheld mobile phones at the wheel is at epidemic proportions and imaginative ways of tackling the problem are clearly needed. It is, of course, paramount that any such scheme needs to be very carefully managed.

“Police resources are stretched as a result of 27% reduction in roads police officers in the last five years so the chances of being caught for any motoring offence are dramatically lower. In order to stamp out handheld phone use while driving a major change in behaviour needs to take place so maybe schemes like this will help to bring that about.”