Only 4% of Londoners know when ULEZ is expansion coming, a new poll shows, leading to calls for the expansion to be scrapped altogether. 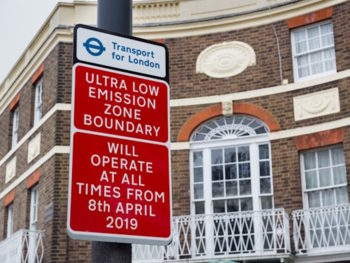 The YouGov research commissioned by the GLA Conservatives has found only 13% of respondents knew which year the change was coming, while 29% admitted they had no idea when the extension was happening. That’s despite the fact that when the zone does expand in October 2021 from the current Congestion Charge boundaries, it will cover most of Inner London and parts of Outer London, encompassing all roads within the North and South Circulars and becoming 18 times bigger in total.

In response, the GLA Conservatives said that the Mayor is “failing to raise awareness of his plans” and should scrap the policy all together.

The results also show that tiny numbers of Londoners have checked to see whether their vehicle will be subject to the ULEZ charge, if the charge will apply to their normal route or even what that ULEZ is. Only 5% of respondents had changed their car to one that was ULEZ-compliant.

Commenting, GLA Conservatives leader Gareth Bacon said: “It is clear that the Mayor is failing to raise awareness of his plans, meaning that thousands of Londoners are simply unable to prepare for this drastic change.

“London’s pollution problem is concentrated in particular hotspots, yet Sadiq Khan is clumsily taking a blanket approach to the issue. A huge number of Londoners rely on their cars to get to and from work or do the school run, and it will be the very poorest who will unable to afford a new, ULEZ-compliant vehicle.

“Rather than splurging hundreds of millions of pounds on these deeply unfair plans, the Mayor should instead use the money to invest in a new fleet of hydrogen and electric buses to serve those routes in pollution hotspots.”

“Paradoxically, Sadiq Khan chooses to ignore verified much more effective and fairer ways to lower vehicle emissions that will help the environment and not be a burden to London’s motorists. That common-sense methodology would be a win-win, but don’t hold your breath, he merely wants to purloin even more of our hard-earned cash to further his political ambitions.

“Fair Fuel APPG MPs will shortly publish a ground-breaking report that shows fleecing hard-pressed drivers doesn’t improve air quality. Let’s see if he can ignore that pragmatic proof for much longer,” he added.