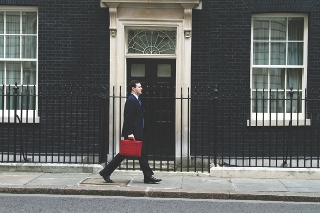 In his final Budget in this Parliament, the Chancellor has announced that company car Benefit in Kind rates will see a  increase for 2019/20 whilst rises will be slowed for low emission vehicles.

In the Budget statement, Mr Osborne said: “To encourage a new generation of low emission vehicles we will increase their company car tax more slowly than previously planned, while increasing other rates by 3% in 2019-20.

Also of key interest for fleets was the announcement by Chancellor George Osborne that the proposed 0.54p-per-litre fuel duty escalator due in September has been cancelled.

The Chancellor said this equates to the longest duty freeze in over 20 years and saves a family around £10 every time they fill up their car.

The move builds on previous action to cut fuel duty by 1 pence per litre (ppl) in March 2011 and cancel all further increases during this Parliament – although there’s only 50 days to go until the General Election.

The Council of the European Union has fully approved the Government’s application to extend the rural fuel duty rebate scheme to 17 areas of the UK mainland. The scheme will be implemented on 1 April 2015 and will enable retailers in eligible areas to register for a 5 pence per litre fuel duty discount.

The Chancellor announced the Government is to "back our brilliant automotive industry by investing £100m to stay ahead in the race to driverless technology”.

The funds will be invested into the Research and Development of Intelligent Mobility, which will focus on enhancing the development of driverless car technology and the wider systems required to implement and adopt the technology – such as telecommunications.

From 6 April 2016 the Fuel Benefit Charge multiplier for both cars and vans will increase by RPI.

From 6 April 2016 the main Van Benefit Charge (VBC) will increase by RPI. As announced at Budget 2014, the government will extend VBC support for zero emission vans to 5 April 2020 on a tapered basis. (Finance Bill 2015)

Severn tolls to be reduced, not abolished

Today’s Budget has included the announcement that the Severn River Crossing tolls are to continue once they revert to public ownership but will be reduced.

In the statement, Chancellor George Osborne announced that VAT will be abolished on the tolls after 2018, bringing the car toll down to £5.40 from £6.50 whilst LCV drivers will also qualify for the same rate from that date.

However, no changes have been announced for category 3 tolls (which covers CV over 3.5t).

In addition, the Chancellor announced a further 1p cut off the beer duty, with spirits and ciders cut by 2% and wine duty frozen. No changes on gaming or tobacco.