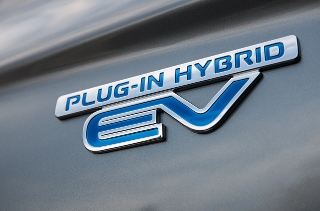 Mr Osborne that under the current VED system, by 2017, three-quarters of new cars won’t pay VED due to new fuel efficiency technologies, and said: “This isn’t sustainable and it isn’t fair.”

Instead from 2017, a new VED system will be introduced and will be used for a roads fund by the end of the decade.

For new cars, the duty in the first year will be set according to emissions, with zero emissions models not paying anything whilst the highest emitting models will pay £2,000. The system is similar to the current set-up but has been updated to take into account new technologies.

However, the system after the first year will see radical changes, with three duty bands – zero emission, standard and premium. Zero emission cars will continue to qualify for zero road tax band but any car emitting over 0g/km will attract a charge of £140 a year. In addition, premium models that cost more than £40,000 to buy new will require a £310 supplement on top of the £140 standard rate for the first five years.

Mr Osborne said the new Vehicle Excise Duty mechanism that would be used to fund new roads, adding that increased roads spending was announced in the last Budget but that we “need a long-term solution if we are going to fix Britain’s poor roads”.

However, the move has been criticised by the Society of Motor Manufacturers and Traders. Mike Hawes, SMMT chief executive, said: “We recognise the current VED system needs to be reformed and highlighted this in a recent report. The Chancellor’s Budget announcement on the regime came as a surprise and is of considerable concern. While we are pleased that zero-emission cars will, on the whole, remain exempt from VED, the new regime will disincentivise take up of low emission vehicles. New technologies such as plug-in hybrid, the fastest growing ultra low emission vehicle segment, will not benefit from long-term VED incentive, threatening the ability of the UK and the UK automotive sector to meet ever stricter CO2 targets.

“The introduction of a surcharge on premium cars also risks undermining growth in UK manufacturing and exports. British-built premium cars are in increasing demand at home and globally, and the industry helps to support almost 800,000 jobs in the UK. Levelling a punitive tax on these vehicles will almost certainly impact domestic demand.”

According to The Miles Consultancy, fleets will certainly notice an impact from the new VED regime from 2017 onwards.

Paul Hollick, chief commercial officer, said: "First-year VED on low-CO2 cars in particular will go up significantly. For example, the first two years' VED on a new 119g/km car is currently £30. From April 2017 it will be £300. The Chancellor expects to raise an extra £1.8 billion from this change before the revenue from it becomes ring-fenced for roads after 2020. The lion's share of this extra cash-call will fall on fleets as the main buyers of new cars. The good news is that managers have nearly two years' breathing space to look for efficiencies and productivity improvements to offset higher VED."

Deloitte also highlighted the implications of the new VED system. Mike Moore, tax director, said: “The impact of these changes seems to be at odds with the Government’s stated aim to incentivise the cleanest cars, with some low emission cars seeing a significant increase in VED costs post April 2017. Some higher emission cars will actually see VED costs falling as a result of the changes announced.”

The two examples below demonstrate the potential impact of the new VED rates and thresholds. Both examples are based on a new car, with a price of £40,000 or less, paying the first year rate of VED, followed by 3 years at the standard rate.

The VED costs would be:

Therefore, costs increase by £520 as a result of the new rules.

The VED costs would be: