BMW has introduced a built-in dashcam function for its latest models, utilising the parking cameras, and will offer it as a backdated option for older vehicles via a software update launching in the first quarter of 2020. 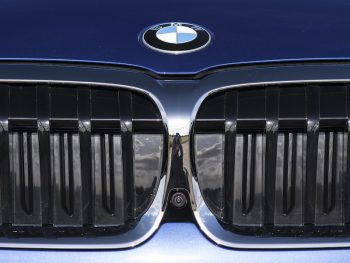 BMW Drive Recorder uses the front, rear and side parking cameras to record footage while driving.

Drive Recorder uses the front, rear and side parking cameras to record up to 40 seconds of footage, which can then be reviewed in on the central display or extracted via the car’s USB port. Drivers can manually save their own videos, but the car will also automatically store 20 seconds of footage before and after a collision.

The feature was introduced as part of a July/August 2019 production update, available for the new 3 Series, 7 Series, 8 Series, X5, X6 and X7. Customers who have selected the Park Assist Plus package (which in the UK includes 360-degree cameras) and ‘Live Cockpit’ digital instrument cluster on cars built since already have the Drive Recorder included.

Selected cars built before this date equipped with the same options, but which don’t have the feature enabled, will be able to activate it from their infotainment screen via an over-the-air software update from early next year. Drivers and fleet operators will also be able to deactivate the feature, if preferred.