Autonomy in the UK 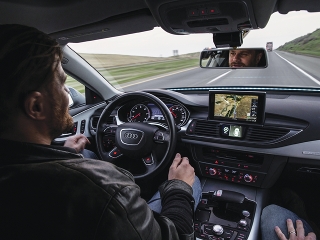 Following a six-month review, the Department for Transport has given the green light for driverless cars to be tested on UK roads, aiming to establish a pathway for the technology to reach production.

Globally, the Vienna Convention has been the traditional challenge to driverless vehicles. This requires cars to have a human driver able to take control. Although the UK has signed this, it hasn’t ratified it. So as long as the vehicles obey proper driving behaviour, and participants follow a code of practice, they aren’t confined to test tracks. The hope is that the lack of red tape will help attract domestic and international developers to test technology here.

How will it work?

Trials will take place in Greenwich, Bristol and a joint project in Milton Keynes and Coventry, which will share a £19m funding package. The first step will be to issue a code of practice, due this spring, which will streamline potential participants through the application process and set out guidelines they have to follow to test the technology on public roads.

Participating vehicles must have a driver who can take control if required, a data-logging device which can record whether a collision was caused by human or computer error, and evidence that the technology works on a test track. There are no requirements for special permits; participants just have to abide by conventional road laws. This will mean the systems can be proven in the environment where they will have to function once they reach production.

Autonomous cars are tasked with helping to combat a number of problems. Human error contributes to 94% of accidents with huge financial costs as a result. That’s a factor which the unwavering concentration of a computer can mitigate – something insurers are already recognising in the latest driver assistance systems. Computers can also be programmed to always drive efficiently and smoothly, cutting congestion and energy use.

There are also benefits for convenience. British drivers spend an average of 235 hours per year driving, equivalent to six working weeks, which will be opened up to other tasks and increase productivity. The DfT says 31% of women and 14% of men do not hold a driving licence, and that figure rises to 46% among 17-30 year olds. Fully autonomous cars would enable them to become road users without taking a driving test.

The tests are expected to show how partial autonomy could work on UK roads, so a driver would be able to select when they take control. This creates new regulatory challenges; liability after a collision is tackled case by case, and the technology could mean changes to The Highway Code, the MoT test and type approval for new vehicles. All are areas which trials in the UK, and worldwide, will address. Amendments to regulations will be completed by the end of 2018, the DfT has said, ready for production versions to go on sale.

Previous: Richard Harrison returns to SEAT UK as director
Next: Fleet operating costs to come under focus in first ACFO seminar of 2015