MoDel vehicle collections and deliveries solution by Ebbon-Dacs to be used by Auto Trader, following a new strategic partnership. 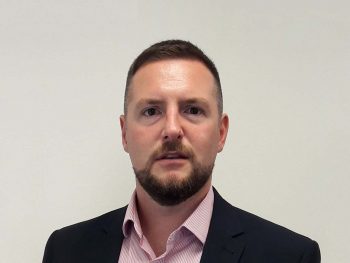 The new initiative went live at the start of February and, under its terms, around 300 logistics companies that currently access vehicle movements through the Auto Trader Vehicle Moves platform will automatically use Ebbon-Dacs’ moDel to record all vehicle deliveries and collections.

Auto Trader typically handles around 10,000 vehicle movements per month, with 20% of the volume for fleet, primarily major leasing companies. The rest is mostly on behalf of retail dealer groups, as well as direct to end user customers. However, Auto Trader said that it wanted to further extending the reach of its vehicle movement platform into the fleet market.

Auto Trader’s business development director, Ed Hummel said, “We are looking forward to further extending the reach of our vehicle movement platform into the fleet market from its current level of penetration. And we see Ebbon-Dacs as the perfect partner to facilitate that, especially through their market-leading Leaselink e-procurement platform which connects leasing companies with dealers and manufacturers.”

Under the new strategic partnership, logistics companies will primarily be using moDel-VM, the standalone version of moDel, which was originally designed to allow companies which were not users of Ebbon-Dacs’ Leaselink e-procurement platform to benefit from its use.

However, this has now gone on to become the most popular version, especially amongst logistics companies, accounting for more than 225,000 vehicle movements in 2019, an increase of 26% on the previous year.

The Auto Trader Vehicle Moves platform has been developed to create an online marketplace for retail dealers on which to place their logistics requirements, including both B2B and B2C customers. Based on a reverse auction model, jobs are bid on by a network of over 300 trusted suppliers, with around 600 vehicle transporters and some 1,600 drivers, making it the UK’s largest logistics marketplace.

Michael Terry, head of commercial at Ebbon-Dacs, said: “With moDel, we continue to invest heavily in the ongoing development of the solution with exciting new functionality and features, and users will see an acceleration in new releases in the coming 12 months, with virtually one new release per month to remain at the cutting edge of technological development.”