More than eight in 10 (82%) of UK airports of the UK’s 22 busiest airports have increased pick-up and drop-off charges over the last year. 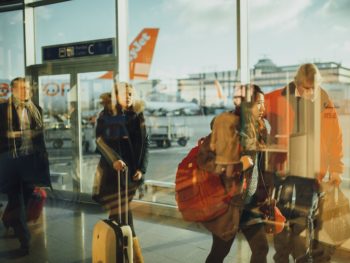 Only Gatwick, Liverpool John Lennon, Bristol and Cardiff airports have kept their prices for both drop-off and pick-up the same during 2019

Meanwhile eight airports have increased their initial pick-up parking charges for 2019, notably London Stansted, which has hiked its prices the most with a £2.50 rise to £8 for 30 minutes, making it the joint most expensive airport along with London Luton for this type of parking. However, luckily at Luton though prices did not go up for 2019 and they have introduced a more competitive rate for electric vehicles (£2 for up to 30 minutes).

And 16 airports that have hiked costs for stays beyond the initial periods of pick-up parking. Again, Stansted’s is the most striking with £4 being added to its fee for up to an hour (now £14) and £1.50 going on to its two-hour fee (now £18). This, together with the high initial pick-up fee of £8 for 30 minutes and a drop-off charge of £4 for 10 minutes, makes Stansted the UK’s most expensive airport for collecting and setting down passengers.

The RAC research also found that only Gatwick, Liverpool John Lennon, Bristol and Cardiff airports have kept their prices for both drop-off and pick-up the same during 2019.

RAC spokesperson Simon Williams said: “Doing your research on the fees charged before heading to drop off or pick up at an airport has to be the best advice. Some airports offer cheaper parking rates in mid-term or long-stay car parks though these tend to be further away from the terminal and might require an airport bus connection. The smart option for anyone collecting is to make sure your friends or family have landed before heading into the airport to avoid the clock beginning to tick and the price starting to mount up. And, a phone call from the travellers to let you know they have collected their baggage is a good idea as long as you have hands-free phone equipment in the car.”