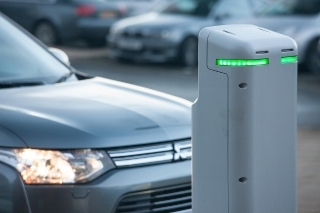 Latest SMMT figures show that 20,992 ultra-low emission cars were registered between January and September this year, up 138.5% against the same period for 2014.

As a result, ultra-low emission vehicles continued to grow their share of the new car market, taking more than 1% share for the year so far compared to 0.44% for the same period in 2014.

The figures have been greeted by the government’s Go Ultra Low campaign, which said that greater choice of models is behind the rise.

Head of Go Ultra Low, Poppy Welch said, “The growth in plug-in car registrations is excellent news and in line with our expectations. This trend should continue over the course of this year as we know that motorists are keen to achieve maximum miles for the lowest cost, while minimising emissions and environmental impact.”