Employees under 25 rate company cars as a key benefit when looking for work, new research finds. 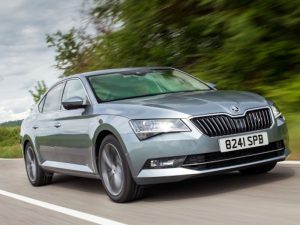 More than a quarter of young drivers say a car is most important work benefit, Skoda research finds

The survey by Skoda found that 33% of young drivers (17-24) were more likely to accept a job if they were offered a vehicle to drive.

The staff retention benefits of company cars were also underscored by the research – nearly two-thirds of respondents said saying they’d be more likely to stay in a job if they were given a company car.

In general, company cars were more popular than medical insurance, a mobile phone and frequent training.

The research also found that company cars are more popular with men, with 68% of male respondents saying they would accept a job due to a company vehicle compared to 58% for females.

Northern Ireland is the region of the UK where people want company vehicles most with nearly 40% saying it’s an important work benefit.

Henry Williams, head of fleet at Skoda UK, said: “Our research shows company cars are very appealing to workers of all ages, but particularly young people. We see this trend strongly outside of London, where many companies are based at out-of-town locations – making a car essential for the daily commute.”