Tougher actions such as workplace parking levies and road use charges could help support the shift to sustainable transport, helping to meet net zero targets. 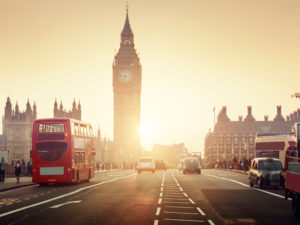 The new report calls for changes to the way transport is paid for, including new means to raise revenue

The actions have been set out in a new report, Covid-19 Recovery: Renewing the Transport System, published by the Campaign for Better Transport and outlining how the transport system can be transformed as part of a recovery programme.

It also states that a transport system could forms part of a recovery programme to create jobs, tackle social exclusion, improve the environment and people’s health, and aid economic recovery.

As well as calling for a 100% zero-emission road transport and railway, and permanent improvements to sustain greater levels of walking and cycling, the new report calls for changes to the way transport is paid for, including new means to raise revenue, such as the aforementioned workplace parking levies and road user charges.

Although Nottingham remains the only city to date to implement a workplace parking levy – which went live in 2012 – the option continues to come under focus from local authorities. Greater Manchester recently rejected such a move after mooting it as part of air pollution plans. But local authorities including Birmingham, Oxford and Reading are looking into it, while Leicester more recently also announced plans to explore a levy.

However, such plans are not without difficulties. The Nottingham scheme itself has been branded as a “stealth tax” by some businesses. And while a report by the Local Government Association (LGA) three years ago said councils should be able to implement schemes such as workplace charging levies to cut congestion, AA spokesman Luke Bosdet has said that workplace parking levies are a “tax on work”.

And while suggestions of a switch to road user charging are nothing new, it’s increasingly on the agenda as concerns mount not only over rising traffic but also on how to fill the gap from declining fuel duty and vehicle excise duty as drivers switch to ultra-low emission or fully electric cars; Harvey Perkins, director of fleet consultancy firm HRUX, warned last year that we will see some form of UK-wide road charging if revenues do decline.

The new report from the Campaign for Better Transport also says the shift to active travel seen during lockdown should be locked in with permanent infrastructure changes.

Click here to read the Covid-19 Recovery: Renewing the Transport System on the Campaign for Better Transport’s website.