Changes to drink-driving legislation in Northern Ireland could make a significant difference in road safety for both drivers and local communities. 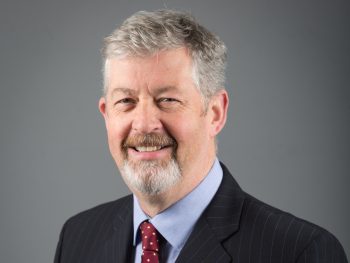 Eddie Phair, TTC’s regional manager Northern Ireland, said the move would enable many more drivers to benefit from the education and support offered through the course

The changes, announced last month and implemented immediately, mean that all convicted drink-drivers will automatically be referred for a rehabilitation course that could help stop them reoffending. Previously, referral to the course – run by TTC – was at the discretion of the court.

Anyone who completes the approved rehabilitation training, known as the Course for Drink Drive Offenders, will also have their disqualification period reduced by up to 25%.

Research published by the Parliamentary Advisory Council for Transport Safety (PACTS) this spring found that one in six drink-driving offences is committed by a reoffender and recommended that the courts be given powers to offer or mandate alcolocks for convicted drink drivers.

Announcing the change to the drink-driving course referrals last month, Infrastructure Minister Nichola Mallon said it had the potential to more than double the number of course participants.

She added: “The challenge to curb drink driving is not only about enforcement – it is also about education.  I want to make sure people who are convicted of drink driving learn from their experience and – crucially – do not go on to offend again. These courses are crucial in making a positive difference, not only for the individual offenders who complete the training, but also for the wider community sharing the use of the roads.”

Speaking to Fleet World, Eddie Phair, TTC’s regional manager Northern Ireland, said the move would enable many more drivers to benefit from the education and support offered through the course.

“People who attend courses are always surprised on how much they didn’t know about alcohol and how it affects people negatively. Attendees leave the course with a clear plan of action on how they could best manage situations that affect them personally, which leads to a lower likelihood of re-offending.”

He added: “The Department for Justice for Northern Ireland annually researches re-offending rates. This research consistently shows that clients who attend a course are much less likely to reoffend than those who do not attend a course.”