Fleets are being urged to review their fleet policies now to help circumvent imminent issues from the switch to WLTP-based motoring taxes this coming April. 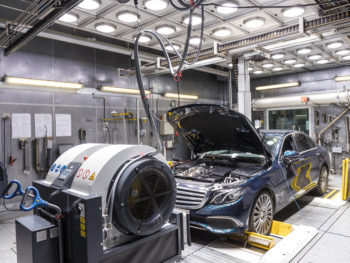 The BVRLA says its members currently only have accurate CO2, electric mileage range or RDE2 compliance information for around 80% of base models

So says the BVRLA as it warns that a lack of WLTP data could hamper efforts to work out tax, which in many cases could be much higher than before.

CO2 figures based on the more-accurate WLTP standard – which came into effect for most new cars from 1 September 2018 – will be used to calculate VED and Company Car Tax (CCT) for newly registered vehicles from 1 and 6 April 2020 respectively, as announced in the November 2017 Budget and replacing the previous interim NEDC Correlated figures.

However, despite ongoing calls from the fleet industry, the BVRLA warns there is a continued shortage of reliable WLTP data from manufacturers; its members currently only have accurate CO2, electric mileage range or RDE2 compliance information for around 80% of base (pre-option) models.

And with average lead times for cars at around 9-12 weeks from ordering, the association warns this data gap is hindering the leasing sector’s ability to provide accurate quotes on many different vehicles and their various configurations and options.

“The introduction of WLTP-based motoring taxes is adding yet another layer of complexity and confusion to a fleet sector that is already having to cope with a deluge of new automotive technology and local authority air quality measures,” said BVRLA chief executive, Gerry Keaney.

“The BVRLA and its members are working with OEMs and third-party data providers to bridge this gap, but in the meantime, we would recommend customers consult with their lease providers to assess the impact on their fleet policies and procurement.”

It’s a warning that Venson made some six months ago as it highlighted that the jump from the original NEDC figures for CO2 to full WLTP figures was bringing an average 20-25% increase and in some cases up to 40% higher; the key reason why the Government undertook its WLTP review and published new BiK rates last July, which are due to take effect in April once rubber-stamped in next month’s Budget.

However, Venson’s research late last summer found that WLTP CO2 figures were invariably not available on carmakers’ websites and online ‘car builder’ tools at the time, with some saying WLTP CO2 data would not be published until closer to the new tax year.

And while the new tax year is now looming, the data gap is still far from resolved, according to the BVRLA.

To help address this, the BVRLA has contacted the Society of Motor Manufacturers and Traders (SMMT) to offer its support in addressing the WLTP data shortage, and says it’s working with HMRC on its forthcoming WLTP communications plan.

BMW Group has already responded to the call and said it’s ready to support its corporate customers with the switch to WLTP data by providing full visibility of the resultant BiK rates for any new BMW or MINI for the next tax year, plus subsequent 2021/2022 and 2022/23 tax years. This includes providing data online when carrying out vehicle configurations on www.bmw.co.uk.

Rob East, general manager of corporate sales at BMW UK, said: “With the BiK tax liability a key consideration for many company car drivers when choosing a new vehicle, it’s imperative that we provide our customers with this information. This transparency allows them quickly to make an informed decision as to whether their favoured BMW works for them from a tax point of view. Without WLTP details, they simply have no way of knowing.”

He added: “Ensuring the easy availability of these details underlines our drive to make it as straightforward as possible for business customers to purchase a new BMW. It also reflects the increased level of interest that there is in our key corporate models such as the new 1 Series and new 3 Series.”

The carmaker’s announcement comes on the back of its win at the Fleet World Great British Fleet Awards on 30 January 2020, with BMW taking the Fleet Manufacturer of the Year title and category wins for the 1 Series and 3 Series.