Why rival car mapping services could cause collisions 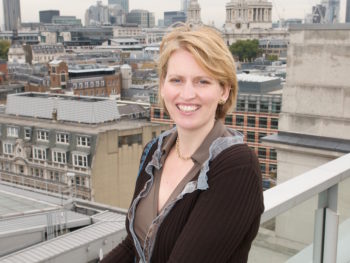 Despite the expectation that they will be considerably less dangerous than human drivers, the much-debated concerns over the safety of autonomous vehicles will reach their peak imminently, with Chancellor Phillip Hammond claiming that autonomous cars will be on our roads in the next three years.

However, while worries regarding driverless cars have until now been focused on failures of the Artificial Intelligence – or on-board sensors – of the vehicles, the most significant risk to road safety could come from the increasingly fragmented nature of the automotive and transport market itself.

Across the industry, rival services, sensors, and communication systems not designed to communicate with one another are being compiled into autonomous vehicles and the systems that support them. The systems are thus designed to manage an individual car rather than the ‘flock’ of vehicles that will be travelling our roads, transporting people and consuming energy.

The traditional automotive market, with competing models of vehicles designed to stand out with unique features, only works in an era where each vehicle on the road is necessarily independent of all other road users and the road itself. However, in a future without humans in singular control of vehicles, we are faced with an opportunity to engineer cars to work together, enabling positive outcomes for everyone. We must therefore ensure cooperative design rather than competitive differentiation.

There has been limited research so far on the potential for a flock of interconnected autonomous vehicles working with smart infrastructure such as air quality sensors and optimised traffic lights to adapt to demand and hazard warnings. The pooling of data from all road users and roadside infrastructure, enabling vehicles to adapt to changing road conditions, requires aligned data capture and exact location communication to negotiate crowded shopping streets and lane changes at junctions.

Highways agencies and local authorities must have the ability to communicate with all autonomous vehicles at once, and to trust the data they receive so that they can use and respond to live safety information from the roads and collectively re-route traffic around live emergencies.

The safety of autonomous vehicles relies on the market and government working together, so we fully exploit the potential and avoid disastrous communication breakdown on the roads.

Rival systems must be able to communicate efficiently, without compromising security or data protection – if they are not designed to collaborate, city authorities will be devoid of critical information to manage emergencies, hazards or terrorist acts. We also need to avoid situations whereby competing vendors do not receive hazard warnings from rival models – vehicles with a different or slightly inaccurate positioning system could cause a crash when changing lanes with a car that has different maps or view of the world. Establishing universal communication standards will allow authorities to broadcast Traffic Restriction Orders, temporary road closures or hazard alerts to all autonomous and driver-assisted vehicles in their area.

Autonomous car systems also have the potential benefit of producing and responding to user-generated updates. These should allow other vehicles to keep on top of changing road conditions and driver instructions, but it relies on the availability of data from all types of vehicles. A patchwork of systems, with variable coverage across the country, risks producing regional disparity in road safety; one model of car might not have up-to-date roadmaps of a particular area, thus may be unaware it is approaching a road with a newly-mapped sinkhole.

The most effective solution is single, universal set of standards for all autonomous vehicles to capture and disseminate data, including location data, supported by a single national system such as that underpinning the National Digital Twin.

Such a system must pool a rich database  from all road-users, with equal coverage across all parts of the country, needs to be viable overseas and critically, must be vendor-neutral. This would turn all driverless cars into a roving fleet of ‘surveyors’, collectively contributing to the safety of all other road-users.

Ordnance Survey (OS) has mapped every square kilometre of Great Britain and has been working on the Government-backed E-CAVE project to define universal standards and technologies governing vehicle communication. OS is also working with collaborators on another project, OmniCAV, to research the capture, processing and serving of geospatial high-resolution mapping data in Oxfordshire to accelerate testing of vehicles in both the real and simulated environment.

The goal is to ensure the car industry unites around a single set of rules for how to capture and share positional and safety data in real-time. The project will ensure we can trust the accuracy of the location data that our safety will depend on, by ensuring that all rival models of car are designed around the same data standards. This ensure that we do not sacrifice road safety for market competition, and that everyone can share in the benefits that autonomous mobility can bring.