Where next for company cars? 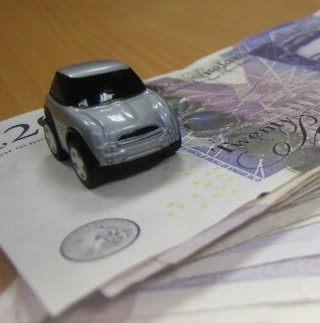 THE HIGH COST OF CONGESTION

On average, among those who use their car for work, company car drivers spend nine hours a week on work related journeys, compared with five hours a week for those with privately owned cars. They estimate that 13% of this time is spent sitting in traffic jams. If this time is valued at £10 an hour to employers this equates to £4.5bn a year lost on work-related car journeys because of congestion*.

Drivers report that they find laptops and mobiles the most distracting things when they are driving.

GROWTH OF THE MARKET

The economic recovery has also resulted in growth in the company car market. 38% of fleet managers report an increase in the number of company cars in their fleet, while 26% saw a reduction, reflecting the mixed picture of growth across different sectors.

Monitoring of fuel consumption (22%) and mileage (36%) is now common in company cars, whether by the use of telematics or less automated processes. But there are also some company car drivers who say they have ‘driver monitoring equipment’ in their car (9%), or cameras to record incidents in their car (2%).

Many company car drivers now say they would be happy for such equipment to be installed in their car; 36% would have cameras in their cars and 23% are comfortable with telematics systems.

THE CHANGING ROLE OF THE FLEET MANAGER

While modern fleet managers no longer consider themselves to be technical experts on cars, they say they require a wide range of skills and knowledge in areas from finance to HR.

Skills rated as important in their job by fleet managers were financial, negotiation and management of suppliers. These all relate, although not exclusively, to managing external providers of services.

They are essential in such a complex role where there is often little human resource available in-house. Fleet managers were asked which tasks they managed in-house and which were outsourced either completely or partially. The only task that a majority (54%) still do entirely in-house is planning and strategy – the setting of goals to be embedded within contracts with suppliers.

Regulatory compliance is another area where a significant number (38%) do everything in-house, but in all other areas of administration and vehicle maintenance the vast majority outsource some or all of the work.

There has been a rise in the tasks being outsourced, since the survey conducted for the 2014 Lex Autolease Report on Company Motoring, and 15% of fleet managers expect to outsource more in the future, while just 9% expect to do more in-house.

would be happy to have cameras in their cars

Previous: Third of fleets using telematics to contest driver liability
Next: Growing use of pre-registrations yet to impact on auction values, says NAMA