Andrew Cope, the driving force behind vehicle leasing giant Zenith, on lessons learnt when managing teams and identifying top talent – along with some insights into the fleet industry. 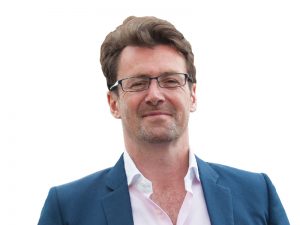 Identifying top talent and building ‘can do’ teams are pivotal to a company’s success or failure.

Outstanding teams – whether in sport or business – invariably always understand and are committed to achieving the end goal. Wholly bought into the company’s vision, they are consistent in their collective purpose.

The challenge is creating the right dynamics while ensuring you have the right people on the bus – and in the right seats.

A company’s culture, values and behaviours are set by its leader, whose role is to build a team of talented and skilled people – cornerstones – who move the business forward.

I’m a firm believer in the adage that good leaders hire people who are better than themselves – surprisingly this does not happen as frequently as you might think.

Recruiting people who are aligned with a company’s culture is vital – as is hiring on attitude. I’ve learnt not to take CVs at face value and have often taken on candidates whose track records are not the strongest, but whose qualities and ‘can do’ ethos stand out. I’ve also learnt that people are not wholly incentivised by money – it’s about making them feel valued and knowing that they are instrumental to the company’s success. I’m aware that a lot of people outline money as a motivator but, in my experience, few people are primarily motivated by the green stuff.

Act fast if it’s not right

On realising they’ve taken on the wrong person, many MDs fail to remove them immediately from the business. If the candidate is not working out for whatever reason – whether it is underperformance or not fitting in with the team dynamics – I realised a long time ago that it’s best to let them go at once.

Millions of MDs are all too aware that recruitment mistakes are not only detrimental to the bottom line; they also impact on morale – and on your credibility as a boss. I’ve made my biggest and most expensive hiring errors when I’ve gone against my gut instinct.

The importance of instinct can’t be overstated – for example, when I first met Paul Parkinson, the MD of Synergy Automotive – one of the UK’s leading vehicle leasing and finance credit brokers – I instinctively knew that the business and its team had the right culture, values and dynamics. These criteria attracted me to join its board in May this year and I’m looking forward to helping the business to accelerate its wider goals and vision.

A tip on hiring I always recommend is from Facebook founder Mark Zuckerberg – one of the world’s youngest and most successful entrepreneurs – who will only hire people who he himself could work for.

The BVRLA is a fantastic organisation which has had a genuine influence on curbing ‘legislator zeal’ and shaping what has sometimes been conflicting and silly legislative ideas into something practical and workable.

The wider industry has changed since I came into it 30 years ago, when there were hundreds of different types of leasing companies and organisations.

In some ways it was like the Wild West, with some really colourful characters knocking about, compared to being extremely professional. Although the industry might not be as much fun now – it’s certainly better run!

My overarching observation of the industry today is how the previous status quo of company vehicles on one side and retail vehicles on the other is fundamentally changing. With PCH and PCP taking off in a big way, the fleet world is morphing into a hybrid one where many of the features of fleet are now incorporated into personal leasing and vice versa.

We’re witnessing a new market where the traditional car ownership model is a thing of the past and where flexibility of use, value and price are the watchwords of the future.