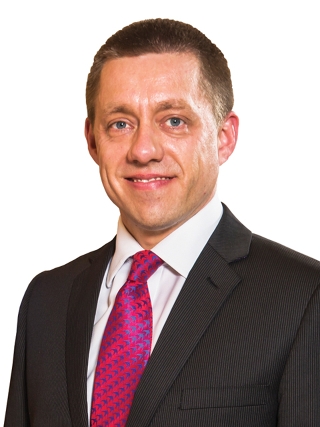 On the grid with McLaren

I’m a petrolhead – it comes with the job – so getting to start my career with Michelin in 1998 straight out of university was incredibly lucky. Before long I was working as a part-time race tyre technician supporting the British Touring Car Championship, and later I became a Michelin race tyre technician with the McLaren Formula 1 team, travelling around the world and helping the team get the best out of every Michelin tyre in terms of longevity, durability, safety and – most importantly – grip.

On the motorsport greats

The tyres the Michelin support team were working with at McLaren were phenomenal; so finely tuned – and there’s me, at such a young age, giving advice to one of the world’s best racing teams. I must have done 90-plus races over five seasons, and I never missed a race. I was living the dream – globetrotting tyre troubleshooter for the team, supporting motorsport legends like David Coulthard and Kimi Räikkönen. I was in the pit lane for so many tense moments of Formula 1, and getting a ‘ring-side’ seat like that is an experience I’ll never forget.

On coping with tyre pressures

My time in F1 changed me as an individual – I felt I matured rapidly, working under pressure, travelling far and wide as part of a team that was always in the public eye. Living away from my family and friends in a different country was often difficult, but nothing will ever get close to my time as part of the team. When I returned to the UK at 29 I felt that much more capable and relaxed under pressure. I had developed an eye for detail, and a desire to cross every ‘t’ and dot every ‘i’ to ensure maximum productivity of both tyres and team – skills that Michelin put straight back to work once I’d finished my time as part of the McLaren support team.

On becoming a master of management

As Michelin’s head of fleet I have a whole host of new responsibilities, but the skills I developed on the road and racing circuit with McLaren have transferred well to my new role. Teamwork is essential, and I find that ensuring my team have my support whenever they need it pays dividends. That said, it can often feel like you never have enough time, so learning how to make the most of the working day while ensuring a focus on the company’s goals is paramount to all of us. At the end of the day, you can look at your achievements with a sense of pride when you work in a team – that’s the fuel that keeps the engine of commerce going.

On the Michelin men

Michelin differs from other tyre manufacturers. It’s not enough to be a good salesman – you need to understand the product and what it can offer the consumer; whether that’s the McLaren F1 team, a farmer looking to protect his crop or fleet managers with an eye on saving money. Crucially, you have to be able to explain the tangible benefits of the product clearly, with attention to detail and a focus on the good that premium tyres can do for the customer’s bottom line. That’s where my time in F1 really comes into its own – it’s about efficient communication between a team and customer; working together to come up with the bespoke tyre solution that fits perfectly, meeting the customers’ needs, while keeping the total cost of ownership low and the vehicles on the road. We set out to do everything well, and compromise on nothing. Just like a Formula 1 race team, we’re finely tuned.

On maintaining a fleet focus

Since I took over as Michelin’s head of fleet we’ve really gelled as a team, and we have every intention of building on our successes. British Gas selecting Michelin’s CrossClimate tyres for its 13,000 vehicles was something of a turning point, and for the next 12 months, I’d say that everything is going to revolve around CrossClimate. We aim to raise the bar on fleet supplier service, and with a genuine technological breakthrough like CrossClimate hitting the market, it’s almost like being back in the pit lane again – the adrenaline is pumping, and my team and I are working hard to hit our targets, and help our customers hit theirs too. We’ve only just scratched the surface of what we hope to do with CrossClimate.

Previous: 3p fuel duty cut would benefit economy across board, finds report
Next: Arval ramps up focus on customer events