What happens next: Carmakers’ plans for electrification

By Martyn Collins / 1 year ago / Features / No Comments

A ban on ‘conventional’ petrol and diesel new car sales is due to take effect by 2040. Martyn Collins looks at how a selection of manufacturers are preparing for this electrification revolution. 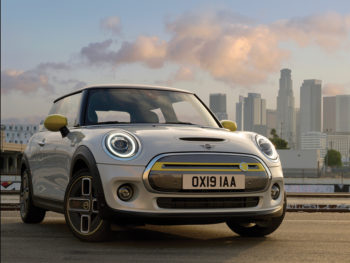 BMW Group is already an early e-mobility pioneer and a leading supplier of electrified vehicles in the market. The carmaker believes there is one single technical solution for the mobility challenges of the future, and it is investing significantly in a range of technologies, including battery electric vehicles, plug-in hybrids and highly efficient combustion engines.

By the end of 2019, it aims to have more than half a million vehicles with fully electric or plug-in hybrid drivetrains on the roads. This year alone, BMW is launching numerous new plug-in hybrid models with extended electric-only range, including 3 Series, 7 Series, X5 and X3.

The new eDrive Zones function will be fitted as standard on BMW plug-in hybrids from 2020. In cities that establish emission-free ‘green zones’ for driving, geofencing technology built into the firm’s plug-in hybrid models will be able to recognise these automatically, and switch to pure electric driving mode.

BMW Group will have 25 electrified models on the road by 2023, more than half of which will be EVs.

Every Ford  nameplate from the all-new Focus onwards will include an electrified option. This includes new models and new versions of existing vehicles. From Fiesta to Transit, either a mild-hybrid, full-hybrid, plug-in hybrid or full battery electric option will be offered, delivering one of the most encompassing line-ups of electrified options for European customers. Ford’s approach is focused on easy and affordable solutions for everyone at the right time – not just for the ‘early adopters’ or for technology’s sake. It is offering tailored levels of electrification matching a variety of uses, to meet its customers’ diverse needs, which also comply with legislators’ aspirations.

A total of 16 full EV models are planned, with Ford using Volkswagen’s electric vehicle architecture and Modular Electric Toolkit (MEB) to design and build at least one high-volume fully electric vehicle in Europe for European customers starting in 2023, advancing its promise to deliver expressive passenger cars while taking advantage of Volkswagen’s scale. 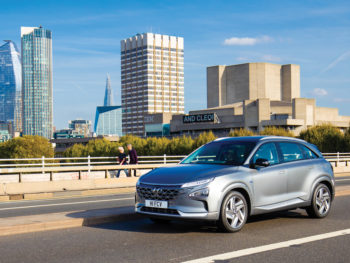 Hyundai Motor takes its environmental responsibility seriously and is fully committed to improving the efficiency and performance of all its vehicles, now and in the future. It is closely monitoring the market environment and will continue to introduce products that best suit the needs of the customer, as well as the environment in the lead up to 2040.  Hyundai already offers the industry’s broadest variety of powertrains – with the Ioniq trio, Kona Electric and now Kona Hybrid along with the Nexo hydrogen fuel cell SUV.

It recently announced a €36bn investment plan for the next five years, with the aim of becoming a global top three EV manufacturer by 2025. By then, Hyundai Motor Group (Hyundai and Kia) will have launched 44 electrified models. This also has a clear impact on the line-up sold in Europe. By 2020 over 75% of Hyundai models sold in Europe will be available as an electrified version. So, it seems that Hyundai are well prepared whatever happens in the future. 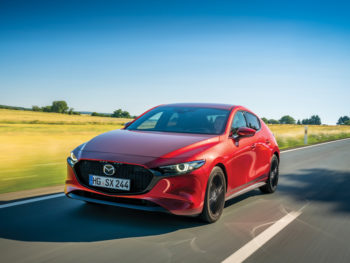 Mazda  supports the UK Government’s position towards cleaner road transport set out in the Road to Zero Strategy. It believes that a multi-solution approach is required that offers a suite of technologies and options consumers can choose from, based on their needs, the local energy mix and the available infrastructure.

The Road to Zero Strategy recognises the critical role that internal combustion engines (ICE), including diesel, will have for many years to come. Mazda’s latest diesels are producing much lower CO2 and NOx and this will only improve further as the technology continues to advance.

As the Strategy explains, diesel remains the right choice for many drivers, especially those who drive long distances, and this should give consumers and businesses the confidence to buy the right car and technology for their particular driving needs.

Mazda also says that a CO2 discussion should be around well-to-wheel emissions to correctly assess the environmental impact that a vehicle and fuel source has on the planet, and the ICE with electrification having a large role to play in that discussion.

The IEA, the International Energy Agency, has predicted that by 2035 over 80% of all cars on the road around the globe will still use the internal combustion engine as the main drivetrain, so development of the ICE is critical to reducing CO2.

In the medium term, Mazda is developing environmentally friendly and efficient internal combustion engines, with the goal of producing diesel and petrol engines with well-to-wheel CO2 emissions on a par with electric cars.

The carmaker is launching its unique compression ignition petrol engine, the Skyactiv-X. By using spark controlled compression ignition the engine runs efficiently, improving fuel consumption by 20% and reducing emissions. In 2021 it will also introduce a battery electric vehicle followed by a plug-in hybrid during 2021 or 2022.  In addition, through Mazda’s technology agreement with Toyota, it will continue to develop base technology for electric cars. 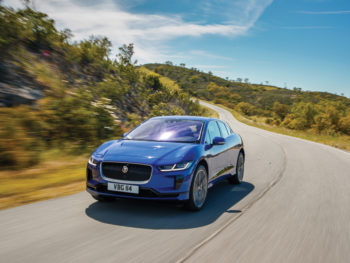 From 2020, every new Jaguar or Land Rover will have the option of electrification

From 2020, every new Jaguar or Land Rover will have the option of electrification. The MLA architecture will enable customers to find an electrified option that suits their lifestyle – full electric, hybrid or ultra-clean petrol and diesel.

JLR claims to be at the forefront of next-generation battery technology. Together with academic partners, it is shaping electric vehicle technology from concept to creation in the laboratory to mass production for vehicles.

Recently, JLR confirmed Castle Bromwich has a bright future as the UK’s first premium electric car plant. The plant will build a range of electric models, the first of which will be the next-generation, all-electric Jaguar XJ. 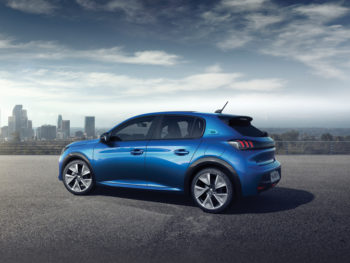 This year’s launches include the Peugeot e-208

PSA Group  is determined to reduce its CO2 emissions and will comply with the upcoming, more stringent 2020 European regulations from day one, without paying penalties, through its brands of Vauxhall, Peugeot, Citroën and DS. CO2 is the number one driver in every decision made by the group.

Its two multi-energy platforms enables the group to meet the challenges of mass, CO2 emissions and customer powertrain choice, with production of full-electric, plug-in hybrid, petrol or diesel all on the same line.

In total, 14 new electrified vehicles will be launched in just two years. By 2025, it will have the complete range of PSA Group cars and vans available in electrified versions. 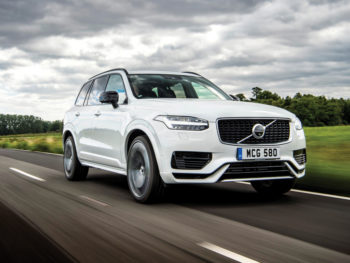 Volvo has set out a number of bold ambitions in the name of reducing its environmental impact in the coming years. By 2025, it aims for all new cars to be electrified, and for 50% of these to be pure electric.

The recent introduction of the B5 diesel powertrain on the refreshed XC90, and B4 and B5 diesels on the XC60, marks the start of a mild-hybrid technology roll-out across its entire model range. Volvo expects ‘B’-badged mild hybrids to ultimately replace all internal combustion-only variants and offer improvements of up to 15% in emissions and fuel consumption.