Drivers in the West Midlands could be paid ‘credits’ to ditch their personal vehicles as part of a new £20m Future Mobility programme from Transport for West Midlands (TfWM). 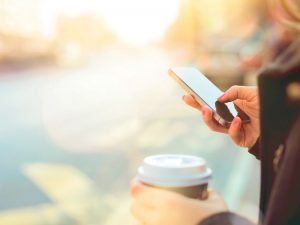 As announced late last year, the region has become the first in the UK chosen as a Future Mobility Area, securing £20m government funding to explore mobility solutions including car sharing.

The programme, which was approved by the West Midlands Combined Authority (WMCA) Board last week, covers eight different areas intended to help cut congestion on the region’s roads, including a mobility credits scheme to provide drivers with alternatives to private vehicles.

Other ideas being considered for the Future Mobility programme include: extending the Swift transport smart ticket scheme – TfWM’s equivalent of Greater London’s Oyster card – so that the cards can be used to pay for parking or gym membership; introducing a daily cap so Swift users only pay the lowest rates on public transport; harnessing digital technology to improve live traffic information; and extending trials for self-driving vehicles.

Following board approval, TfWM is initially looking to effect the changes to Swift cards and work to improve traffic information while also exploring the R&D for a proposed pilot of the mobility credits in the longer term. This will centre around a controlled trial of electronic voucher credits in Coventry that can be used for electric vehicle hire, on-demand public transport, shared taxis and walking and cycling. The trial will be backed up by a new travel app to help participants decide how to travel, and how to maximise their credits, and could be rolled out in the West Midlands and elsewhere in the UK.

Laura Shoaf, managing director of TfWM, said: “Instead of owning a car, people could have the freedom to choose between sustainable travel options, including public transport, shared vehicles, walking or cycling, all within one package.

“That would remove the expense of owning and operating a private vehicle. It would also reduce the number of vehicles on the road, improving congestion, and allowing vehicles and road space to be used more efficiently.”

Speaking to The Times, John Seddon, head of transport and innovation at Coventry City Council, said more than 100 people are expected to initially take part in the trial over a period of two to three years and could receive £2,000 to £3,000. A spokesperson for TfWM told Fleet World that these figures are a guideline at this stage and the numbers could go up or down.

Commenting on the scheme, Mayor of the West Midlands Andy Street said: “The West Midlands leads the world in automotive research – we’re hosting autonomous vehicle trials in Wolverhampton, Birmingham and Coventry, electric taxis are manufactured in Coventry, and the Government is trusting us to blaze a trail for the UK as the first region to receive Future Mobility funding.

“We want to make it quick, easy and cheap for everyone to travel around the region by creating a range of reliable alternatives to private car ownership.

“People could leave their cars at home, or get rid of them altogether, and instead opt to take the Metro, train or bus to work, hire an electric vehicle to do their shopping, and share a taxi on a night out.

“This is a bold, ambitious vision for the future, and we’re confident we can prove the concept in the West Midlands and show the rest of the UK the way forward for the future.”

The news comes a week after the BVRLA published its Mobility Credits Scrappage Scheme policy paper, which makes the case for a nationally funded, locally targeted vehicle scrappage scheme that offers a mobility credit in exchange for a household scrapping its older, more polluting vehicle.