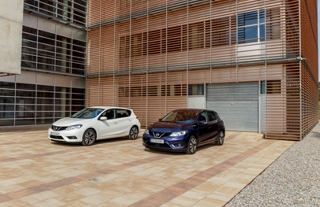 The brand asked 9,177 motorists in Italy, Spain, Germany, France and the UK to review their parking performance over the past five years and confess to any parking misdemeanours.

The results showed that drivers in Wales recorded the fewest number of bumps, scrapes and prangs while parking, with just 1% of respondents admitting to having had a parking accident. By contrast, parking prangs were highest amongst Scottish drivers, with 6% confessing to a parking accident in the last five years.

Overall, UK motorists have been revealed as the neatest and least prang-prone in Europe. Drivers in Italy, Spain, Germany and France all admitted to more accidents than British drivers in the past five years.

In four out of five of the nations surveyed, reversing proved the most challenging manoeuvre, with the tricky task accounting for 45% of all parking bumps; in Italy a staggering 51% of bumps were caused while in reverse.

The survey was held by the carmaker to highlight the usefulness and potentially money-saving potential of its parking assistance technologies, including the Around View Monitor (AVM) and Moving Object Detection on the new Pulsar.