The best and worst postcode areas for replacing illegally worn tyres have been revealed, with two cities in Wales topping the list of the worst spots. 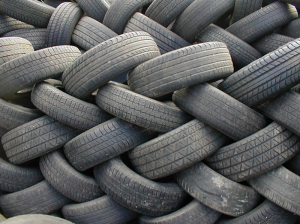 Tyres on the Drive research found the safest postcode for replacing faulty tyres is Colchester, with only 0.8% of tyres being classed as illegal.

The research by mobile tyre fitting specialist Tyres on the Drive finds that Newport, Wales, is the worst area, with the tread on 19.8% of tyres measured below the 1.6mm limit, followed by Swansea (19.7%) and Hereford (17.8%).

The research,  based on measurements taken by its mobile fitters on more than 213,000 tyres, also finds that the safest postcode is Colchester, with only 0.8% of tyres being classed as illegal.

With up to one in five car tyres are dangerously worn past the legal minimum tread depth in areas of England and Wales, and many drivers unaware that it could increase their stopping distance by 52%, the firm said its suggests that the effects of low tread on stopping distances aren’t fully known, and that much more should be done to make drivers aware of them.

Dominic Clark, founder and CEO of Tyres on the Drive, said: “It’s astonishing to see just how many cars on the road have illegally worn tyres in some areas.

“Especially in wet weather, the difference that low tread makes is huge – and could mean the difference between avoiding an accident and having a very serious collision.”

For advice on how to tell if tyres need replacing, click here:

tyre managementTyres on the Drive