The Welsh Government has launched a consultation on reducing carbon emissions, with lower speed limits, measures to drive ULEV uptake, and a decarbonised bus and taxi fleet all under consideration in the near future. 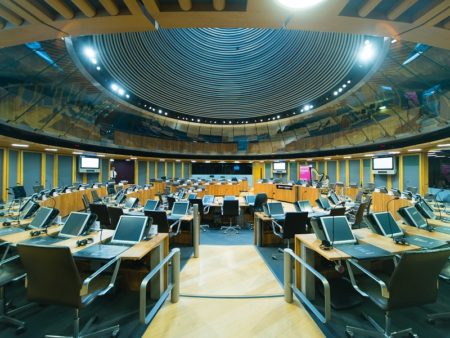 Plans to cut carbon by 80% by 2050 were presented this week. (Image: Welsh Government)

Wales also presents some unique challenges, the document says, with an older vehicle parc and longer average trip length than the UK average, which means new technologies take longer to become widespread, and cars are less easy to substitute with walking or cycling. It also outlines insufficient energy supply in some areas to roll out fast charging infrastructure for electric vehicles.

Among the proposals are speed limit restrictions on major roads, with the Welsh Government pointing out research showing a 60mph limit would cut fuel use by 7%. There are already 50mph restrictions in place, or soon to be rolled out, in several high-pollution parts of the Welsh road network.

ULEV take-up is a key focus, too. Only 0.2% of vehicles registered in Wales during Q1 were plug-ins, compared to 1.8% across the UK. The document suggests 2028 cost parity between EVs and combustion engine vehicles, with limited take-up for plug-ins until 2025, and a rapid acceleration until a 65% take-up in 2030.

Although the Welsh Government said it can’t change vehicle or fuel standards to accelerate the market, it said it will take action to promote the market. The document outlines plans for 1,500 rapid charging points across Wales by 2030, supported by free parking and access to public transport lanes, and suggests all new cars and LCVs in the public sector fleet should be ultra-low emission vehicles by 2025. Work is already underway to fill the significant gaps in its rapid charging infrastructure, following plans announced earlier this year.

Decarbonisation of taxis and buses is planned even sooner, with proposals including financial incentives to scrap older buses or retro-fit them with alternative drivetrains or technology to cut emissions. New taxi standards are under consideration too, with plans for buses and taxis to be zero carbon within a decade.

Cabinet secretary for energy, planning and rural affairs, Lesley Griffiths, said: “The Paris Agreement not only sets the context for tackling climate change, but for the decarbonisation of the global economy. Action on climate change will result in cleaner air and water and will not only improve our health and wellbeing, it will lift people out of fuel poverty and create new opportunities for green industries.”