Volkswagen is expecting more fleet buyers to switch-on to the GTE plug-in hybrid version of its recently refreshed Golf. 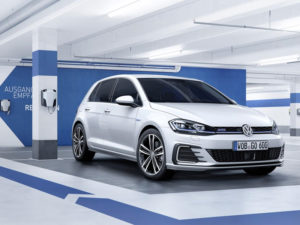 The petrol/electric GTE is expected to attract fleet buyers.

Volkswagen UK believes the petrol/electric GTE will become more enticing thanks to a price cut allied to increased CO2 emissions for the GTD versions.

Joe Laurence, product manager for Golf at Volkswagen UK, said: “We have negotiated with the factory – we told them we will sell more GTEs if we can reduce the price. We want to get more fleets into the GTE and we think they will move because of the lower tax.”

Laurence said that Volkswagen UK was looking at various ways of making the GTE more tempting to buyers, with one line of thinking being to offer a free home re-charging station.

That puts it very close to the GTD version, but the latter’s increased CO2 emissions (as part of Volkswagen’s more honest reporting of real-world expectations rather than hyper-optimised results previously) have put it at a further financial disadvantage.

While the new GTD costs £255 less than before in manual five-door hatchback form, its emissions have risen from 114 to 125g/km, taking it up from the 22% BIK banding into the 25% band for this financial year. As a result, a 40% tax-payer will face an increase of £310 a year in company car tax.

With the GTE offering a 7% banding and an annual BIK bill of around £950, its company car tax benefit is clear. It opens for ordering in March, with prices yet to be officially announced.

It will be joined by a range of other low emission Golfs over the next few months, including the electric e-Golf with a claimed 50% increase in range, a 1.0 TSI petrol unit with 85PS and the new family of 1.5 TSI Evo units which feature active cylinder management, plus a BlueMotion variant which borrows engine shutdown technology from the GTE.