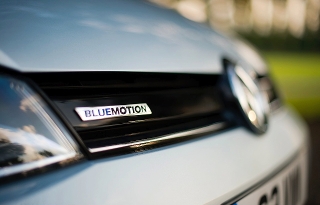 Overall trade values values of all Volkswagen cars are the same as at the beginning of September but looking at Volkswagen diesel used cars only, there has been a 0.2% drop in values over the same period. However, the overall market in the same period has risen by 2.8%, meaning that the VW's are trailing the market by 3%.

Values of Golf diesels likely to be fitted with the Euro 5 engines affected by the scandal fell by 3.7% over the month, whereas the rest of its direct competition fell by 3.2%, meaning that these models are relatively speaking 0.5% lower than expected.

Rupert Pontin, head of valuations, said: "This is still a fluid situation and, we believe, will be very much affected on an ongoing basis by how Volkswagen deal with the problems facing them.

"We are still waiting to find out the full extent of the issue in the UK. Dealers and customers are not in a position to make a clear judgement about how they feel about Volkswagen as a company and whether they will be prepared to continue to buy their cars going forward.

"In our opinion, we may yet see further value changes as VW release more information. The way in which they do this, and the manner in which they support their dealer network and customers, will heavily impact on overall perception of the brand.

"We are aware that a number of key trade buyers are viewing Volkswagen conservatively for the time being, although it is fair to say that there are also others who are less concerned and are essentially standing by the brand and its products."

With regards to screen prices of cars, Glass's said it has not yet been able to analyse sufficient retail data but Rupert Pontin added: "Our market sources would lead us to believe that there has been a minimal change in asking prices although there are various anecdotal reports of reduced retail interest, lower used sale activity and a reluctance for the trade to take part-exchanges."