Best practice guidelines on how to handle the recent Advertising Standards Authority ruling on previous business use cars are to come under focus at the next meeting of the Vehicle Remarketing Association. 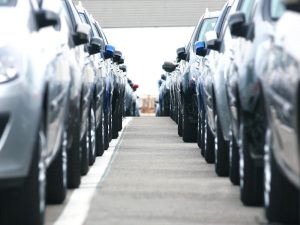 The ASA ruling on ex-fleet cars and its implications for the used car market will come under focus at the VRA meeting.

The ASA ruling dates back to October when adverts for two Alfa Romeo Giuliettas, bought by dealer group Glyn Hopkin from Fiat Chrysler Automobiles UK (FCA) and sold online via the manufacturer’s used vehicle site, were considered misleading by the ASA because they said the vehicles had one previous owner but did not highlight that they were ex-fleet vehicles. In response one industry expert has said that the ruling could create a two-tier used car market although a number of fleet and industry firms have outlined views that used car buyers are well aware of the benefits of ex-fleet cars.

The VRA event, which takes place on 22 March at CD Auction Group in Corby, will include a detailed presentation on the subject by Jonathan Butler of legal firm Geldards as well as member reports of how they are managing the issue.

Glenn Sturley, chair at the VRA, said: “There is a lot of disinformation surrounding the ASA ruling but we will provide a common sense overview of the situation, providing practical advice that all parties working in remarketing – from fleets selling cars to dealers retailing them – can follow.”

The meeting will also include presentations on the current state of the new and used car markets from Rupert Pontin of Cazana and the role of telematics in fleet management by Mark Rose of Vodafone.