Volvo is teaming up with ride hailing app Uber to develop driverless cars. 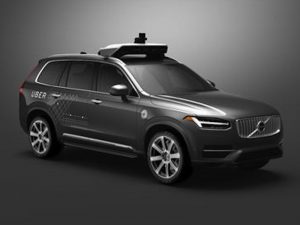 Volvo’s base vehicles will be developed on the carmaker’s fully modular Scalable Product Architecture (SPA), which is used on the XC90, S90 and V90

The $300m partnership will develop base vehicles built on Volvo Cars’ fully modular Scalable Product Architecture (SPA), which is used for the XC90 and new S90 and V90. The vehicles will be manufactured by Volvo Cars and then purchased from Volvo by Uber.

Both Uber and Volvo will use the same base vehicle for the next stage of their own autonomous car strategies.

The two companies said the alliance is intended to mark a longer-term industrial partnership.

Håkan Samuelsson, president and chief executive of Volvo Cars, said: “Volvo is one of the most progressive and contemporary car makers in the world. It is a world leader in the development of active safety and autonomous drive technology, and possesses an unrivalled safety credibility. We are very proud to be the partner of choice for Uber, one of the world’s leading technology companies. This alliance places Volvo at the heart of the current technological revolution in the automotive industry.”

Travis Kalanick, Uber’s chief executive, said: “Over one million people die in car accidents every year. These are tragedies that self-driving technology can help solve, but we can’t do this alone. That’s why our partnership with a great manufacturer like Volvo is so important. Volvo is a leader in vehicle development and best-in-class when it comes to safety. By combining the capabilities of Uber and Volvo we will get to the future faster, together.”

This spring saw Volvo reveal plans to run tests of self-driving cars on UK roads from next year.

Earlier this week Ford announced that it is to start mass-producing driverless vehicles for ride-sharing services from 2021.

CEO Stan Boland said: “The global automotive industry is in a transition phase with the pending switch to autonomous vehicles very likely to reduce volume sales in the developed world but simultaneously increase the technology content of these vehicles substantially. With autonomy, there will be no obvious need to own a vehicle, instead a service model seems sure to emerge. As is shown by Volvo’s partnership with Uber, some automakers already have plans to adapt to the impending shift to a mobility-as-a-service model, but ultimately all automakers and OEMs will need to embrace these changes to thrive in the era of autonomous vehicles.”