Volvo to target one million electrified cars by 2025

Volvo has announced ambitious plans to sell a total of up to one million electrified cars by 2025. 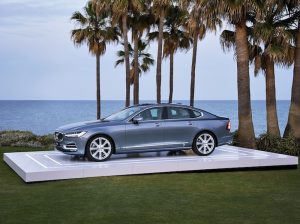 The carmaker said it would offer at least two hybrid versions of every model in its range and release its first all-electric car in 2019.

“It is a deliberately ambitious target,” said Håkan Samuelsson, president and chief executive of Volvo Cars. “It is going to be a challenge, but Volvo wants to be at the forefront of this shift to electrification.”

Supporting its plans, Volvo has developed two all-new vehicle architectures for larger and smaller cars that can incorporate either hybrid or fully electric car technology.