Volvo to reshape its fleet offer for 2018

Volvo is to restructure its fleet team from January, dividing it into four regional divisions to better cater for local customers. 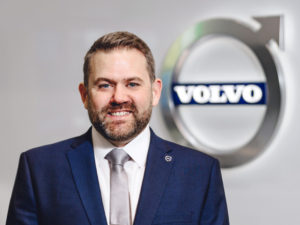 The changes are being overseen by head of fleet, Steve Beattie – who joined the company in September – and will put four regional business development managers in place, while renewing the carmaker’s focus across all areas of the business: true fleet, rental, Motability and PCH.

Volvo plans to refocus its dealerships, encouraging them to connect with and supply vehicles to local businesses. Larger dealerships will offer support to smaller dealerships by way of 23 new business development centres located within, which will also support leasing companies for larger orders.

“The business centres are going to develop leads. Those leads are going to go to the regional business development managers. And then via the dealers they’re going to go and talk to the customer together,” Beattie commented, adding: “From a broker perspective, we will always support our white label partner to the nth degree and ultimately they’ll be the ones responsible for delivering our PCH.

“Primarily we need to support our retailers, rather than just giving a big deal to one broker. There’s nothing worse for a retailer than having a V40 for, say, £199/month and they can’t supply it but a broker can. We’re all about supporting our dealers at Volvo.”

In October, Volvo replaced its long-term PCH provider Ford Finance with Santander, which the company now wishes to make the most of with support for personal and business contract hire, and a general move away from leasing.

Jon Wakefield, managing director, Volvo Car UK, added: “We’re restructuring our financing arrangement so that we can offer a very competitive PCH alongside BCH and be able to be more effective in those sales.”

The Swedish company hopes to expand on these figures with the introduction of the XC40 in 2018, which Beattie sees as a key growth driver. 2018 will also see the introduction of the new S60 and V60 vehicles, which should prove popular with fleets. Older and popular fleet vehicles like the V40 are not due for replacement until 2019 at the earliest.

Beattie commented: “Next year is very exciting, with the launch of XC40, which is going to get us into a segment we’ve not been in before.

“There’s 10,000 fleets out there, but we’re probably only talking to 1,500 of them. There’s so much opportunity out there for us than where we are. And then, to support the dealers with local business development, we’re going to have a team that will not just say what to do, but actually drive appointments as well, and they’ll go with the dealer on the appointment and talk to the customer about the car and sell the car.”

In a rapidly changing market, Beattie added that being agile is of key importance, with a transition from diesel to other fuels already underway – Volvo’s fleet sales were previously 97% diesel, which has now dropped to 70%. From 2019, all of its products will have at least a mild hybrid system on board, to reduce fuel consumption.

Volvo’s restructured fleet approach also follows the opening of a new £6m facility that will be used to deliver training to Volvo’s UK staff and retailer network.