Volkswagen Group and BP are to team up on expanding ultra-fast chargers at BP sites in Europe, particularly in the UK and Germany. 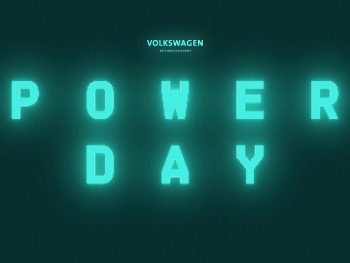 At its first-ever Power Day, Volkswagen revealed plans to build up to 18,000 ultra-fast chargers in Europe under partnerships such as the one with BP

The strategic collaboration, which will be finalised in agreements in the coming months, will work to develop a network of ultra-fast chargers – classed as having a power output greater than 150kW – at 8,000 BP and Aral service stations, the majority of which will be in Germany and Great Britain.

According to BP, around 90% of people in the UK and Germany live within a 20-minute drive of a BP or Aral site, and the new partnership will help drive confidence in EVs; both companies says extensive ultra-fast charging networks are essential to speed up the adoption of electric vehicles.

The agreement would also make BP the Volkswagen Group’s EV charging partner, with the BP charging network integrated into the offer for VW Group vehicles but also available for other EV customers as part of the BP Pulse network (Aral Pulse in Germany).

Emma Delaney, BP’s executive vice president, customers and products, said: “Partnering with Volkswagen Group – one of the world’s great automotive companies – we intend to address a key concern for people considering buying an EV: range anxiety. Together we can provide drivers in the UK and Europe with the fast, reliable and convenient charging solutions they need to feel more confident about making the switch. By deploying ultra-fast charging, rapidly and at large scale, we can establish a leading position and help accelerate the take-up of EVs.”

The agreement was announced today (15 March) as Volkswagen held its first-ever Power Day and revealed plans to pursue expansion of the public ultra fast-charging network globally, including building up to 18,000 new chargers in Europe, thereby increasing the network five-fold under partnerships with BP, but also Iberdrola and Enel.

Thomas Schmall, Member of the Board of Volkswagen Group and CEO of Volkswagen Group Components, said: “Ultra-fast charging is the key enabler for e-mobility and therefore a main pillar for Volkswagen’s transformation. Together with strong partners like BP we take this important matter into our hands and will build up to 18,000 new chargers in Europe. That is about a third of the estimated ultra-fast charging demand in 2025.”

Volkswagen also revealed plans at its Power Day to establish six gigafactories in Europe by the end of the decade and increase battery range while also reducing the cost and complexity of its EV batteries and at the same time increase the range and performance to make EVs more affordable.