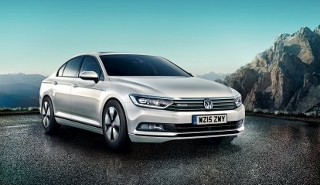 Already Volkswagen has been accused of violating American emissions testing and ordered to recall nearly 500,000 cars following its alleged use of so-called ‘defeat devices’.

As a result Volkswagen could face a fine of up to $18bn (£11.6bn) as well as criminal charges for its executives. And law firms have already started legal action from customers whilst the carmaker’s share price has plunged.

Now the car maker has said that the software concerned is present within other vehicles within the group and has said that it is planning to set aside a provision of some €6.5bn to cover the costs involved with the issue.

In a statement, the company said: “Volkswagen is working at full speed to clarify irregularities concerning a particular software used in diesel engines. New vehicles from the Volkswagen Group with EU 6 diesel engines currently available in the European Union comply with legal requirements and environmental standards. The software in question does not affect handling, consumption or emissions. This gives clarity to customers and dealers.

“Further internal investigations conducted to date have established that the relevant engine management software is also installed in other Volkswagen Group vehicles with diesel engines. For the majority of these engines the software does not have any effect.

“Discrepancies relate to vehicles with Type EA 189 engines, involving some eleven million vehicles worldwide. A noticeable deviation between bench test results and actual road use was established solely for this type of engine. Volkswagen is working intensely to eliminate these deviations through technical measures. The company is therefore in contact with the relevant authorities and the German Federal Motor Transport Authority (KBA – Kraftfahrtbundesamt).”

The company commented: “Volkswagen does not tolerate any kind of violation of laws whatsoever. It is and remains the top priority of the Board of Management to win back lost trust and to avert damage to our customers. The Group will inform the public on the further progress of the investigations constantly and transparently.”

Volkswagen’s CEO has already apologised for the scandal, saying: “I personally am deeply sorry that we have broken the trust of our customers and the public. We will cooperate fully with the responsible agencies, with transparency and urgency, to clearly, openly, and completely establish all of the facts of this case.”

Previous: ADLV calls on fleets for more regular licence checks
Next: ECJ ruling to have “significant implications” for fleets with field workers