Volkswagen resolute on not offering Dieselgate compensation in Europe

Volkswagen Group UK managing director Paul Willis has said that it remains the Group position that “there is no basis for compensation” for customers within the European Union affected by the Dieselgate saga. 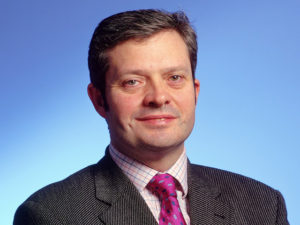 Giving evidence to the Transport Committee investigation into the carmakers’ use of defeat devices some two years after the scandal was first revealed, Willis reiterated in a letter to Lilian Greenwood MP, chair of the committee, that the carmaker’s view is that “the situation regarding the issue is materially different in the US” – where judges last year approved a £12bn settlement to compensate drivers – and said that Volkswagen Group UK does not consider that “our customers have suffered any loss as a result of the issue”.

The Transport Committee inquiry builds on a call from the UK government for VW to provide UK customers with a similar package of compensation to the US. To date, around 45,000 SEAT, Skoda and Audi car owners have joined a UK group action lawsuit against the Volkswagen Group, which looks to secure compensation for drivers.

In his letter to the Transport Committee, Willis also set out that Volkswagen Group UK has implemented technical fixes in over 819,000 SEAT, Skoda, Audi and VW vehicles affected by the issue, with work to continue into 2018 and denied drivers’ claims of post-defeat device fix issues, saying that “it is our position that the application of the technical measures does not cause impaired performance” – despite reports of post-fix problems from thousands of Volkswagen Group car owners – although he emphasised that the carmaker does offer a Trust Building Measure, through which the group will consider any complaints that are established to have arisen as a result of the implementation of the technical measures.