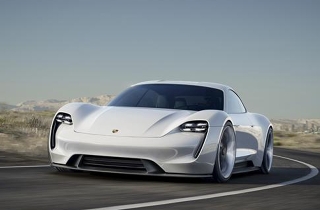 Speaking on the eve of the Frankfurt Motor Show, Winterkorn said that the group already had the broadest electric fleet in the automobile world, and added that Volkswagen was also at the forefront when it came to the future-orientated field of digitization.

"Our Group already has the largest connected vehicle fleet on the road. By 2020 we will have transformed all of our new cars into smartphones on wheels,” he added.

His comments came as the group takes off the wraps of its latest plug-in concepts, including the Porsche Mission E and the Audi e-tron quattro concept, both of which bring an all-electric range of 500 kilometers, plus the Volkswagen Tiguan GTE which Winterkon said embodies "our determination to systematically take the plug-in hybrid to further classes and segments."

The group is also showcasing concepts and technologies for charging electric cars such as "V-Charge" (Volkswagen) and "Turbo Charging" (Porsche).

Winterkorn also outlined the group’s increased plans for connected cars, saying: "Our Group already has the largest connected vehicle fleet on the road. But we are not stopping there: by the end of this decade we will have transformed all of our new cars into smartphones on wheels."

And Winterkorn said that the group was also "paving the way for one of the most fascinating technologies of our time: automated driving”. He added: "Audi and Volkswagen are making sure our customers benefit from this technology as quickly as possible: on highways, in stop-and-go traffic, when searching for a parking space."

He also said that entirely new, digital operating concepts such as gesture control were not science fiction at Volkswagen, but would "shortly become reality in our cars”.

"Technological leadership is no longer solely defined in terms of horsepower and torque. We are taking the precision, enduring value and quality of our cars into the new, digital world,” Winterkorn concluded.