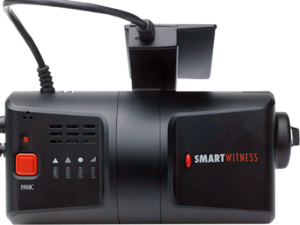 The scheme saw some firm’s disputed claims go down by as much as 40% and also saw significant improvements in driver behaviour – and there was a 19% reduction in the total number of incidents which resulted in insurance claims.
SmartWitness monitored the progress of FNOL cameras in 3,000 commercial vehicles from February 2016 to July 2016.

The firm said around 40% of all motor insurance claims are disputed when there is no video evidence. This figure dropped to less than 1% with FNOL cameras in the pilot scheme.

The amount of time spent on the claims where the driver was at fault was significantly reduced which led to a huge reduction in legal costs.

SmartWitness CEO Paul Singh said: “We were the first company to provide a FNOL video solution for van fleets and our pilot scheme has been a huge success.

“With our system, insurers can literally have incident data within seconds. Our KP1 camera provides the highest quality footage and data which gives them all the proof they need to fight any claims.”

FNOL helps insurers to slash costs because they know exactly who is to blame for an incident seconds after it happens. It allows them to order repairs immediately where appropriate and limits added costs such as the use of courtesy cars.

Singh said the FNOL was also a key tool for combating fraud.

He added: “The FNOL video footage provides irrefutable witness evidence to help ensure claims are settled on a fair basis and root out fraud. The removal of any uncertainty allows insurers to combat any avoid fraudulent claims. All parties – including the police if necessary – can be alerted immediately to a fraudulent claim.

“The simplest way to weed out fraudulent claims is to stop them at source – by showing fraud has been caught on camera and any fraudulent claim is likely to result in police action.”