Uber rival ViaVan has been given the go-ahead to operate ride-sharing services in London for a further three years with the renewal of its licence by Transport for London. 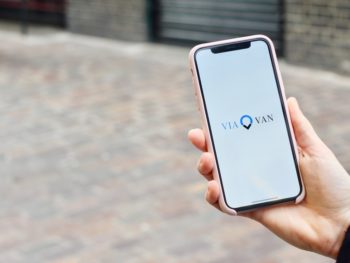 ViaVan has been granted a three-year licence renewal in London

Operated as joint venture between Mercedes-Benz Vans and US technology start-up Via, the scheme launched in London in April 2018, providing a fleet of Mercedes-Benz vehicles to offer shared rides that can be booked via an app for travel in zones 1 and 2. This was expanded in December 2018 to cover zones 1-5 and includes service to London City Airport.

Since its launch in April 2018, ViaVan claims to have provided more than seven million rides in London and saved three million vehicle kilometres of individual journeys, resulting in more than 600,000 kilograms of CO2 saved.

“We are proud to receive the renewal of our license in London. We believe that ViaVan’s focus on smart, shared mobility is part of the solution to achieving the Mayor’s goal of 80% journeys by public transport, walking or biking by 2041,” said Chris Snyder, ViaVan CEO. “To actually get Londoners out of private vehicles and on-board with the city’s goals, it’s necessary to provide a technology-driven solution that combines the efficiency, comfort and convenience of a personal vehicle with the affordability and traffic-reducing benefits of public transport.”