Company car drivers can play their part in this coming Sunday’s (22 September 2019) Car Free Day in London by ditching their vehicles for the day, says Venson Automotive Solutions. 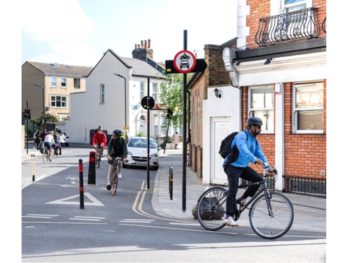 London’s Car Free Day event will bring some 17 miles of traffic-free roads around Tower Bridge, London Bridge and the City of London

Taking place across central London, the event will see some 17 miles of roads closed to traffic around Tower Bridge, London Bridge and the City of London.

With research from Venson already showing more than half (58%) of London’s residents are opting for public transport to avoid the Congestion Charge and the hassle of driving in the capital, the firm is highlighting how Car Free Day provides a great opportunity for company car drivers to turn to public transport.

The analysis by Venson found that 34% of motorists in the capital already opt for public transport over driving, with nearly a quarter (24%) choosing public transport to avoid the Congestion Charge. Nearly a third (30%) use public transport because it’s quicker for getting from A to B, with just 7% preferring to drive.

Alison Bell, marketing director at Venson Automotive Solutions, said: “As the London Car Free Day takes place on a Sunday, it’s a good opportunity for car drivers to test out if they truly need to jump in their vehicle. Instead they can try out other means of transport.”

Venson is also urging drivers to explore the benefits of electric vehicles, which will play a crucial role in meeting the Mayor’s ambitious target of 80% of all journeys to be taken via sustainable modes of transport by 2041, compared to 63% today.

Alison Bell continued: “With the Government’s push on encouraging motorists to switch to electric vehicles, the good news is that 39% of company car drivers would consider an electric vehicle as their next vehicle. However, it’s not surprising that 69% of drivers say the lack of charging points puts them off electric vehicles, and half said they were put off by the limited mileage range.”

Venson is also offering a free guide to EVs and charging for both drivers and fleet managers. Available to download here, the guide answers the key questions and deals with the main myths on EVs, helping to remove the barriers to drivers considering a plug-in car.